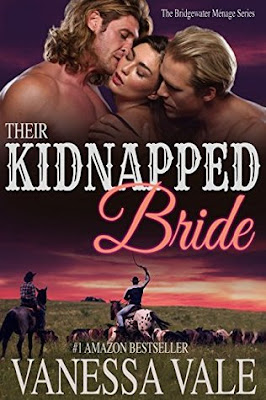 This short and sexy story by Vanessa Vale was a delight to read. I only wish it was longer and gave a little more detail about some of the characters involved.

When Emma James awakens feeling like she's in a drunken stupor, she discovers she is no longer in the safety of her brother's home, but being sold by that very brother to a madam who owns a brothel. When she pleads with her disgusting brother to set her free and allow her to live her life with the inheritance her family left her, he tells her she no longer has an inheritance. He spent it all and now he wants her gone. After selling her to the madam, the brothel owner gives her two options. Knowing that Emma is great commodity to be had, she offers her a life on her back at the whore house, or to be sold at a bride auction, where at least she would be a wife instead of a prostitute.

Weighing her options carefully, Emma chooses the marriage auction but she has no idea what she's in for when she ends up with not only one husband, but two. Former soldiers, the Englishman, Whitmore Kane and Scotsman, Ian Stewart have big plans for the alluring Emma. Once they rid her of her virginity they plan on grooming her into the perfect wife for the pair.

THEIR KIDNAPPED BRIDE by author Vanessa Vale was a fast paced and entertaining menage taking place in the old West. I actually enjoyed this story, I wish there was more. I want to know what becomes of Emma's despicable brother and I need to know more about Ian's troubles. All in all, this was a nice read, teeming with sex and innuendo. I look forward to more in this series in hopes that I get some answers to some burning questions. 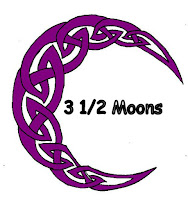