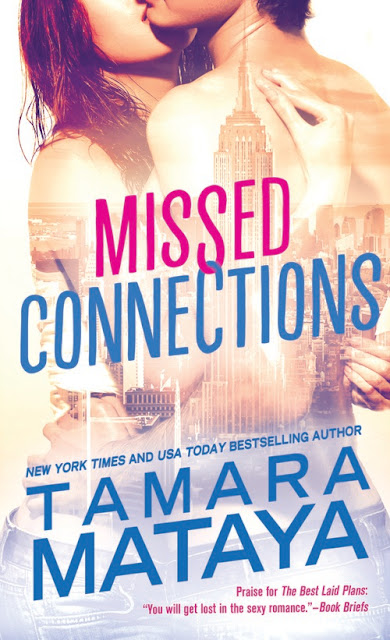 About the Book
Missed Connection: I saw you standing there, and I was struck by your eyes. Gorgeous, but not as gorgeous as your smile.

Thanks to her job at a crazy New Age spa, what should have been a sizzling NYC summer is being hijacked by demanding hippie bosses. To unwind, Sarah spends her nights cruising Missed Connections, dreaming of finding an uber-romantic entry all about her. Of course, the moment she finds that Missed Connection, real life comes crashing down around her in a night of unbridled passion with someone completely different: totally off-limits Jack.

Gorgeous and wealthy, hot as sin, Jack can give Sarah everything she needs—except an emotional connection. That she gets from her Missed Connection, the romantic stranger who never fails to make her swoon. But there’s only so much of Sarah to go around. Torn between the bad boy she can’t keep and the sensitive stranger who bares his soul online, her heart and body are soon in two very different relationships…or are they?

We’ve all done it—claimed a fictional boyfriend as OURS because they were painted so realistically and perfect for us. If we had to choose, who would we say are our favourites? I’ve narrowed mine down to five:
1. Jericho Barrons from Karen Marie Moning’s Fever series. Hot damn, how do I even begin to describe the man/creature who is Jericho Barrons? If you haven’t read Moning’s Fever series, you are missing out. It’s probably my favourite urban fantasy series bar none in no small part to Jerricho Barrons—who has a huuuuuge…book store. ;) Like Jack, the hero of my new book Missed Connections, when Barrons walks into the room, no one else exists. They’re magnetic and powerful.
2. Gilbert Blythe from ANNE OF GREEN GABLES. ‘I hope he breaks your heart.’ Oh, Gil. You wanted Anne from the first time you saw her—the same as Jack felt about Sarah in Missed Connections. Even though you had to let her go until she was ready to come to her senses, things worked out okay in the end. How many people fell in love with you in the books—and then with Jonathan Crombie in the television series? I know I did. And even though he passed away far too young, he’ll always be my Gil.
3. Marco from ARK OF DREAMS by Jessa Russo. Okay, this book isn’t out yet but ADD IT TO YOUR TBR LIST! I’m not normally a fan of dystopian literature because it can get depressing and sometimes feel like everything’s been done. But trust me when I say that this is one that won me over on the genre and not in small part (ahem) to Marco. He really reminds me of Jack because not only are they both intense, they’re good guys and there’s more to them both than what’s beneath the surface.
4. Helena Hunting’s Alex Waters from PUCKED. I feel like I have to preface this by saying that Alex is Canadian and so am I, and this book was peppered with Canadianisms that were bang-on (pardon the pun.) I feel I’m only being honest when I say we have some of the hottest men in the world in Canada. To add to that, Alex is a hockey player, which is incredibly relevant to my interests. I’ve said before that nothing makes me feel more Canadian than seeing a hockey fight—I even have a scar on my thumb from a kid slashing me with his hockey stick when I was in high school. I also chose Alex because he’s sweet and always makes sure his lady is okay with exactly what he’s doing in bed! Enthusiastic consent is not an option and is SEXY and Jack knows all about that in Missed Connections.
5. Farm Boy from THE PRINCESS BRIDE. Oh, dear, who didn’t fall in love with Cary Elwes’ portrayal of Westley in the movie—one of my favourite movies of all time. My dad is a musician and he met Andre the Giant one day as he was having an interview after the actor. My dad is NOT a small guy—6’2, 225 then, but he says when Andre shook his hand his hand was swallowed up and he felt tiny in comparison. Not everyone has read the book, which is a shame as he’s magnificent in it as well. His love for Buttercup was pure and real and he’d do anything for her—much like Jack would for Sarah. Good thing shrieking eels don’t roam Manhattan!


Who are some of your favourites? Are we going to have a catfight over any of the gentlemen I’ve listed above? *throws hockey gloves to the ground* Bring it on! 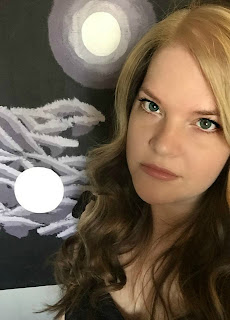 About the Author
Tamara Mataya is a New York Times and USA Today bestselling author, a librarian, and a musician with synesthesia. Armed with a name tag and a thin veneer of credibility, she takes great delight in recommending books and shushing people. She puts the 'she' in TWSS and the B in LGBTQIA+.

a Rafflecopter giveaway
Posted by Kimberly Rocha at 1:06 PM