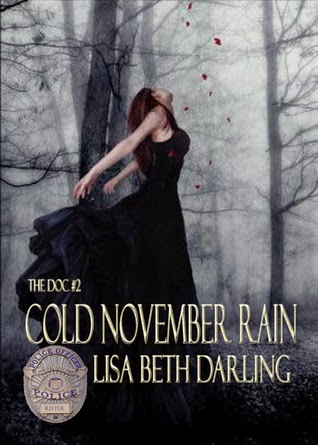 "The Doc" and is a contemporary romance/erotica short series that will consist of 3 stories when it's finished later this year. The first two are available. They are "On a Hot Summer Night" (noir vignette) and "Cold November Rain" (novel)  is available now in paperback and eBook on Amazon ans Smashwords


BLURB-  Mason and his Mystery Lover meet again in the second installment of the hot adult The Doc Series.  As he becomes sucked into her world of insanity, hot sex and crazy love ensue much against Mason's better judgment.  Mason is not alone in his lust for the fair 'Rose'. Someone else is watching and seething over her loss.

EXCERPT:
Rick felt his heart drop; she was here but she'd already picked out her prey for the night.
Feeling his jaw clench as he tried to decide if he should stay or go, Tony put a glass of scotch on the bar for him.  There wasn't any sense in letting good booze go to waste.  Turning his back to his Mystery Woman, Rick retrieve the drink only to discover the large mirror behind the bar gave him a better angle on her companion for the evening; male, maybe thirty, good looking. Lucky guy didn't know what he was in for tonight.  The Mystery Woman raised her empty glass to catch Tony's attention and, like a good bartender, Tony went right over to her with a fresh Martini.  Downing the double-shot, Rick gazed in the mirror to stare at her reflection, she was staring at his back from the corner of her pale green eyes as she chatted with the man across from her.
Rick looked away wondering if it was just coincidence or if she'd noticed him sitting there so he gave it a few moments while he lingered over his drink before glancing into the mirror again. This time she wasn't taking a sneak peek at him from the corner of her eye she was looking directly at him, past him, at his reflection. When she saw him staring back at her, she smiled for him.  Shy. Precocious. Full of promise.
Was she wishing he'd come over there? Maybe.  Only one way to find out.
Rick eased himself off the barstool and made his way over to where the couple was engaged in light conversation. "Excuse me," he said to the man in the booth, "You're in my seat."
"Pardon?" The man asked as he looked from him to her. "Were you waiting for this guy?"
"Actually," she said softly, "I was."  She was surprised and delighted by the Doc's forthrightness. "Hi, Do-c."
There it was, 'Do-c', just the way she said in it his dreams, with that extra little coy kick she gave the 'c'.  It made him want to melt. "Hi." Rick said to her. "Three's a crowd." He said to the man. "Go on beat it."
Now available in paperback on Amazon
http://www.amazon.com/Cold-November-Rain-The-Volume/dp/069240175X/
Pre-Order Cold November Rain on Kindle and Smashwords $0.99: 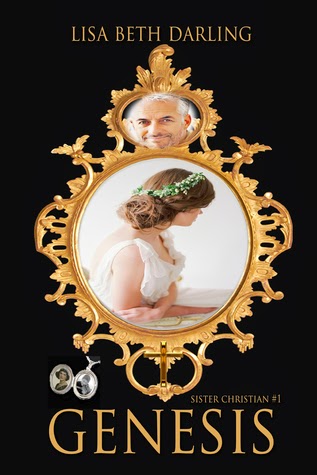 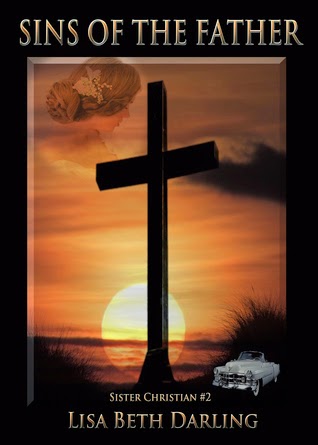 The second series is "Sister Christian" (this is not a religious series). Again, the first two novels are available, "Genesis" and "Sins of the Father".  This is an adult family drama centering on a brother and sister.

SINS OF THE FATHER
Adult Family Drama
BLURB
As Hannah recovers from emergency brain and heart surgery, memories of the past take over her dreams with such clarity they cannot be denied. As the last of the painful family secrets, including what really happened the night of Hannah's accident and the circumstances surrounding the death of her only son, Little Ricky, come to light it's up to her brother, Doctor Richard Mason, and his unconventional methods to help her confront the ugliness.  For it is only when we deal with our demons that we can leave them behind and work toward a bright future.


Please note this novel/series is NOT a "Christian" or "religious" story. Adult themes apply and reader discretion is advised.  This is a story about a brother and sister who discover each other late in life.

EXCERPT:
Something that sounded like a shotgun blast echoed through the church. Father Murphy ran out of the vestibule. "What is it?"


"Someone's at the door." Sister Cynthia said.
"Who knocks on the door of a church?" Father Murphy huffed.  The sound came again. It was sharp and demanded attention. Those were not knuckles wrapping at the door.
Outside in the rain, Spaulding turned to Mason and echoed Father Murphy's sentiment. "What's wrong with you? No one knocks on the door of a church."
"How ya supposed to get 'em to let ya in?"
"Open the door?" Spaulding put his hand on the handle as he went to push it; it was opened from the other side. "Oh, hello, Father." He stuttered.
Father Murphy looked at the two men standing in the pouring rain. "Are you here for her?  Please tell me that the Lord has guided your steps and brought you here for her."
"Actually it was a trail of broken glass, not God." Mason said gruffly. "Where is she? Where's Hannah?"
Father Murphy held out his arm and stood aside. "Come this way, My Son."
Putting one foot over the threshold of the church Mason looked at the priest, "Let's get one thing straight right now, Padre, I'm not your son."

Paperbacks are now available from Amazon
http://www.amazon.com/Sins-Father-Sister-Christian-2/dp/0692367748/
Pre-Order Sins of the Father on Kindle and Smashwords $0.99: