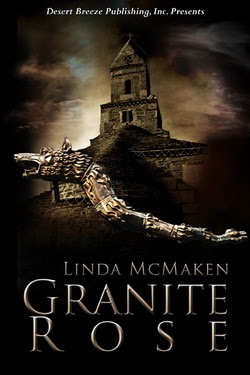 Fiercely loyal Roman General, Marcus Alexius is given the unwanted task of returning to Rome with the kidnapped Princess of neighboring country Dacia. Emperor Trajan has come up with a secret plan to bring the Dacians within his grasp and Princess Sianna Cynara is the means to achieve that.

Nineteen year old Princess Sianna is not your usual lady of the day. She is confident, gutsy and stubborn to a fault. Her stubbornness is what gets her kidnapped in the first place. The entire journey to Rome is riddled with her failed attempts at freedom and the General's stopping her each and every time. Outwardly Marcus shows his contempt for the Dacian princess as her people were responsible for the deaths of his brother and sister-in-law but inwardly he is having a struggle because this female is highly intelligent, resourceful and unflinching. Sianna is torn between hating the handsome General and respecting her treatment and protection of her in front of his men.

Once in Rome, Marcus is ordered by the Emperor to keep the Dacian captive at his villa, where Sianna becomes tutor to Marcus' young nephew. During this time, negotiations begin for Sianna's release but through political underhandedness by unscrupulous men vying for power and wealth, Sianna's future hangs in the balance.  Not only her life, but the reputation and very life of her protector Marcus is in jeopardy, demonstrating that loyalty sometimes is a weakness when ambitions of those in power prevail.

The bigger picture here is that the Emperor himself has many enemies who would see him brought down. These enemies, through bribery and their lust for power alter the lives of innocents at a whim. Can a loyal subject and a foreign princess save Emperor Trajan's reign? Can the General rid himself of his inner hatred of Sianna's people to open his eyes to what's in front of him? These answers and more when you read Granite Rose by Linda McMaken.

I will begin my part by saying that I am a lover of ancient history and this book's subject was already highly appealing to me before I began to read it. It is not your typical romance for it shows the ugliness of  these Roman times and the uncertainty of life, day by day. The story here is an amazing one. Sianna's struggle to keep her dignity while in captivity and her growing admiration for the gruff Marcus secret, is one that I loved. Marcus' best intentions of keeping his distance and his not so obvious interest in the mouthy princess is his cross to bear. Ancient Rome's atmosphere was not pretty. Underneath it was dirty and and conniving and a difficult venue for a budding romance, yet it happened in the midst of the chaos.

Linda McMaken is a daring writer to venture into this territory, and for this I applaud her, because Granite Rose is a fabulous read and opens ones eyes to the obscure. I highly recommend Granite Rose.