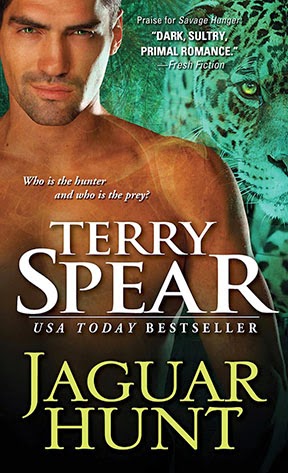 Exclusive Interview
Can you describe Jaguar Hunt in just one sentence
A search for a missing zoo cat involves teen jaguar shifters and corruption in the JAG branch and now a Golden Claw agent and an Enforcer have to solve the mysteries, stay alive, and follow their hearts.
Tammy has a reputation for being a loner. But once teamed up with David, she learns to trust him. What is it about the smirking bad boy that wins her over?
Ohmigod, he is hot, and sexy, and so much fun. And he’s so considerate of her needs. When she’s shy about taking a shower in the outdoor shower, he helps her out and pays money out of his own pocket just to ensure she can have an indoor shower in an upgraded cabana. When she’s nervous about doing the zipline excursion, he offers to do it instead. So he’s always there to please her and he’s protective and funny. It’s hard to not find him charming as they share their back and forth dialogue and well, he’s just hot.


How would Tammy describe David? What would he say about her?
Tammy would say he’s a bad boy, because he did get into trouble in his youth, and then her first experience with working with him is she has to bail him out of jail. But he’s sexy and funny and protective. He admires her for her work ethic and she admires him for that.
David would say Tammy is the most unpredictable woman he’s ever met, but he loves her for keeping him on his toes. He finds her sexy and exciting and well-trained in her field, having solved several cases on her own. He can’t help but be protective of her, which is purely an alpha male condition, and he loves how she has a sense of humor. Women that don’t get him would never work out.
The story's setting, the jungles of Belize, is amazing! Have you ever visited?
I haven’t, but I’ve read tons of trip reports, watched Youtube videos taken there, and lots of videos about jaguars, all to get a flavor of what to experience. Tammy and David have lots of fun activities there from canoeing through caves, whitewater rafting, to rappelling on waterfalls, and horseback riding. Snorkeling, scuba diving, zip-lining, just tons of fun adventures. I’ve read about the various resorts, some of which have some interesting local traditions and the food they eat, the weather, the flora and fauna you might see or experience and it allows readers to take a trip to the rainforest with a bunch of hot, sexy jaguars while staying in the comfort of their own homes. I actually use real resorts to describe in my stories so that they are as realistic as possible.
Who is the next jaguar shifter to get a story?
Tammy’s brother, Huntley, gets his story in Jaguar Pride, coming February. So after that, their brother Everett will need to have his story. Have no idea what it will be about. Only that it will turn out to have a happily ever after, as well as adventure, murder, mystery, the paranormal element of jaguar shifters, humor and hot romance—in other words, the usual but in a new and different way!

Everyone and their brother has warned JAG agent David Patterson that Tammy is Ms. Hands-Off...which only makes him more determined to get very hands-on. But things heat up in the steamy jungles of Belize and their simple mission gets a whole lot more complicated. Now it's going to take everything David's got to protect the gorgeous she-cat who somehow managed to claw her way past his defenses...and into his heart.

USA Today bestselling author Terry Spear has written over two dozen paranormal romance novels and medieval Highland historical romances. In 2008 HEART OF THE WOLF was named a Publishers Weekly Best Book of the Year. A retired officer of the U.S. Army Reserves, Terry also creates award-winning teddy bears that have found homes all over the world. She lives in Crawford, Texas. 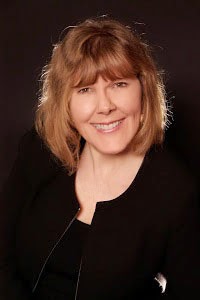