Well my dears, these are some of my most anticipated books coming soon. I'm waiting with bated breath to read all of them!!!

Kaziel isn't just another run-of-the-mill He Hound; He's the leader of the pack. When his sister is kidnapped by Morgen le Fey and her army, he has no choice but to bow to Morgen's wishes and steal the Shield of Dagda.

In 21st century New Orleans, Avery MacArthur is the merlin for the Shield. Fully aware of its power, she would give her life to keep it from falling into the hands of someone like Morgen.

When Avery and Kaziel collide, more than their lives are at stake- the very fate of the wold hangs in the balance. 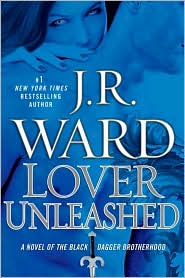 Live Wire
Coming March 1st 2011
ISBN: 0312945841
Publisher: St Martin's
Order From Amazon | B&N | Borders
A HERO AMONG MEN
Meet Captain Jordan Malone. For years he has been a silent warrior and guardian, operating independent of government protocol or oversight, leading his loyal team of Elite Ops to fight terror at all costs. A legend in the field, Jordan’s true identity has remained a mystery to even his own men…until now.

The Dark Sword series reins in the magic, passion, and fury of Scotland’s legendary warriors—for whom love is always worth fighting for...
DEVIL IN THE FLESH
Druid-born and magic-blessed, Isla is one of the deadliest she-devils ever to serve the forces of darkness. As an immortal Highland warrior, it’s up to Hayden Campbell to destroy her and her kind. But for Hayden, Isla is more than a sworn enemy. She is temptation...
ANGEL IN HIS ARMS
Taking Isla captive, Hayden hopes to avenge his kinsmen who died by Druid magic. But when he looks into Isla’s eyes, he sees the secrets of her past. When he touches her skin, he feels the passion in her soul. And soon Hayden comes to realize that this beautiful, beguiling woman is not his enemy at all—she is his destiny. And, even as the forces of darkness conspire against them, their love will conquer all...

Surrender to Me
Wicked Lovers, Book 4
Publisher: Berkley HEAT
ISBN-13: 978-0425236550
ISBN-10: 0425236552
Release Date: March 2011
Genre: Erotic Romance
Pre-order: Amazon | Barnes & Noble | Borders | Books-A-Million | Overstock
Pre-Order eBook: Kindle | Nook
A secret fantasy.
Hunter had everything until a bullet put his career as a Navy SEAL on hold. Restless and in need of distraction, he accepts an intriguing proposition. Restless and uncertain about his future, he accepts an intriguing proposition: share an acquaintance’s girlfriend and fulfill her fantasy of a ménage. It should have been just a night of sexual adventure between three consenting adults. But Kata is like no other girl Hunter has ever met. By turns audacious and sexy, then vulnerable and aloof, she’s a heartbreaker he’s determined to master. But he needs more than one night. And he wants to do it alone.
An uncontrollable obsession.
Kata never expected to leave her comfortable relationship and explore something so dangerously forbidden with a stranger. Hard as she tries to resist, the guilty pleasure overwhelms her, and she surrenders herself, inch by inch, to the hardcore man who wants her for himself. Consumed by blazing desire, they’re soon threatened by the shadows of the past. And now to keep Kata safe, Hunter makes her a bold proposition of his own. Saying yes will destroy her heart. But saying no could cost Kata her life.

Posted by Kimberly Rocha at 9:44 PM