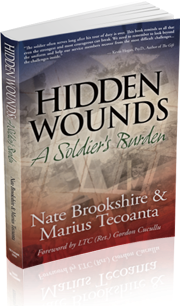 BOOK BLURB:
Publication Date: July 15, 2011
April 13, 1945...The last days of WWII...Eight lone German soldiers surrendered. Instead of a POW camp, their steps took them into a shallow grave.
John Dougall, an 18-year-old American soldier, stood by as the murderous shots were fired. Laying there among the dead was Rudolph Haas, an officer whose death would burden John for a lifetime.
John sought redemption in the rugged hills of Korea and in the swamps of Vietnam. Chaining him to remorse and guilt were the private thoughts of Haas, written carefully into the diary that John had taken from the German's body.
Six decades later, fate gave John one last chance to set things right and make peace with his past.
This is the story of two soldiers robbed of their happiness, yet both clinging fiercely to their honor; and the stories of their wives, as strong in heart as any warrior.
The journey takes our heroes from the safety of South Carolina to the battlefields of Europe and from the frozen Siberian Gulag to the gothic cities of Bavaria. The secrets of the Journal connect them all and, unbeknownst to John, spark a love that heals their hidden wounds.
Why Hidden Wounds? This story started coming together in the spring of 2004 when two Officer Candidates decided to write a book about an American and a German soldier whose lives and families become intertwined on the battlefield in the last stages of WWII.
Action and inaction has a generational impact as the main character reflects on his choices and deals with the guilt of participating in a war crime. Is it too late at the age of 84 to make things right?
The story has evolved into a discussion of PTSD, addiction, suicide awareness / prevention and forgiveness. Please join us in the journey...

REVIEW BY GUEST REVIEWER:  PAT SHEPPERD
I know what you did during the war.  Remember the movie where people are stalked and someone keeps saying "I know that you did last summer"?  Secrets can hold a person prisoner more than any war camp or stockade.  John Dougall had a secret, one that kept him from living and loving to the best of his ability.  But one day John got tired of dying slowly and decided to unburden his secret.  Little did he know that his secret was not a secret after all.  There were others ware of his deeds living in his very home.

I liked the book for the way the author brought every one of the characters together as a family.  You never know who you may be related to from the times of war.  But I had to make my way through the telling of the life of the journal writer.  You needed to know the story but I have to wonder if the complete life and times was necessary.  I felt John got lost in the telling of the journal writer.  But for all my thoughts, I still wanted to know how it ended and why John was so burdened.
Posted by Kimberly Rocha at 2:00 PM