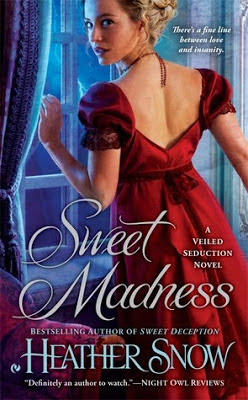 In 1817, Gabriel Devereaux, Lord Bromwich, danced at his cousin Micheal's wedding to the young and beautiful Penelope. He was a bit jealous of his cousin's good fortune for was attracted to the bride himself. She was like a breath of fresh air and at the time she gave him hope that one day he could possibly have happiness as it seemed Michael and Penelope had. The strains of returning home from war affect some more than others and in different ways as well. Gabriel was one of those soldiers who returned from war changed forever.

Happiness did not remain with Lady Penelope Manton as her beloved husband Michael dies before they are even married a year and Penelope falls into a deep depression that only her cousin Liliana helps her to rise from. For the next two years, Penelope dedicates herself to helping soldiers with maladies of the mind, in particular those men who have returned from the Napoleonic wars hanging from sanity's thread due to the trauma of what they have witnessed and fought.

When Penelope is asked by Gabriel's mother to try to help her son, who is now been committed to Vickering Place, an estate converted into a sanitarium, she immediately agrees. Gabriel has been suffering from psychotic episodes and is feared by his family to be insane. Penelope arrives at Vickering Place as an unwanted interloper by the staff during one of Gabriel's particularly bad episodes. Gabriel cannot believe that Penelope is there for it has been since Michael's death that he has not seen her. Gabriel is resistant for Penelope to help him, but when she tells him that his brother and sister-in-law are going to have him declared non-compos, which would have him stripped of everything he holds dear, including any thread of sanity he has left. Worst still, the director of Vickering Place has no respect for Penelope and will stop at nothing to have her tossed out to keep Gabriel under wraps. So Penelope absconds with Lord Bromwich to his utter confusion and they make way to her cousin Liliana  and husband Geoffrey Wentworth's estate while she works with Gabriel to unearth the pain behind the madness.

Something aside from healing is going on under this roof, and as much denial as Penelope and Gabriel can try  to paint over the awakening feelings they both have for each other doesn't cover what's going on. Gabriel  feels he can never have a relationship if he is in fact insane and the illness runs in his bloodline, and Penelope fears that her position as his caretaker makes it unethical for her to take advantage of the situation. From their desperation comes fulfillment like neither party has ever been acquainted with before and from this hope springs until Gabriel's family, tainted with misinformation, try to take away all he has accomplished.

The brilliance of Sweet Madness shines strongly and completely. Heather Snow is cutting edge when it comes to subject matter. She's not afraid to delve into the darkness and she always from the bright spot. The journey is manic one that keeps the reader guessing. Gabriel and Penelope are two of the strongest characters I have ever come across and such a joy to get to know only in the way Heather Snow knows best. Each one of the tales in this series is completely different but equally intriguing and I find Heather Snow to be a master storyteller. Sweet Madness is a magnificent story. 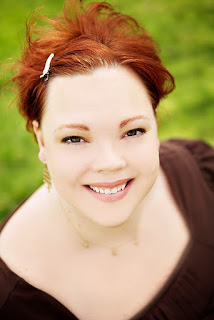