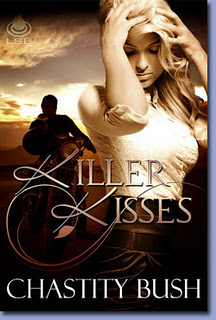 I could not put this book down. It keep moving page after page. The chemistry between the two main characters just added more to the book.
Tina is a businesswoman with her own store. I never would have guessed that she owned the type of store she owns but it kind of fits her personality. She is the type of person that goes with the flow and accepts people for who they are, fetishes and all.
Alex is our motorcycle riding police detective. He is looking for a murderer and will do anything he can to solve it. He does surprise me when I found out what he actually was. But it does fit his personality. He is forever loyal to his closest friends and is afraid they will die and leave him alone. He also has a weird yet funny personality.
As Alex and Tina become closer, Alex realizes that she is his mate. Tina just accepts it and Alex for what he is. Alex, still-hunting for a murderer doesn’t want to lose Tina and is terribly afraid that she is the next intended victim.
When the murderer was revealed, it was apparent that grudges last over a few hundred years. The murderer wanted to hurt Alex where it would hurt him the most. An eye for an eye, or in the book’s case, one loved one for another. Alex did save Tina, but he was too late to stop her transformation. But in the end, love conquered all.
I recommend this book to those who need a change of pace from the regular vampire books. This book makes you realize that vampires can be good as well as evil.
~MARGARET WHELEHAN~  Guest Blogger
Posted by Kimberly Rocha at 10:13 PM