A Rogue By Any Other Name ~Sarah MacLean ~ 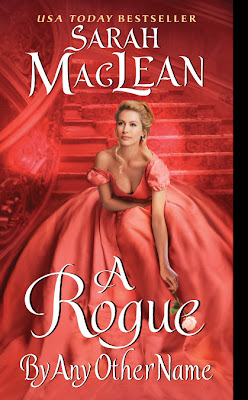 Once in a while I like to begin my reviews with a short commentary. As most of you all know, I am a huge fan of Historical Romance, my least favorite era however was Regency, until NOW. Precursor to this epiphany of mine was actually meeting Sarah MacLean at a small author conference in New Jersey called Liberty States Fiction Writers Conference in March of this year. I picked up both A Rogue By Any Other Name and her first book, Nine Rules to Break When Romancing a Rake but put them aside because of the old TBR pile. It wasn't until my book pusher, Jenn and I were having breakfast that she began to extol all the virtues of Nine Rules to Break When Romancing a Rake that I gave in, put other books away and grabbed A Rogue By Any Other Name. Well I couldn't put the book down and swiftly picked up all the Love By Numbers  books and I am thoroughly obsessed with Sarah's writing. In my opinion, Ms. MacLean is brilliant and witty and I am a new, but extreme fan.

In a high stakes game of 21, the young, cocky, Marquess of Bourne loses his entire fortune and his ancestral home, Falconwell, to the Viscount Langford. From that day forward he begins plotting his revenge. 10 years later he is a partner in one of the most prestigious and moneymaking game hells in London the aptly named, Fallen Angel, and a step closer to his revenge.
Lady Penelope Marbury knows disappointment. Once engaged to the Duke of Leighton, she was well on her way to a prosperous match. Unfortunately for the very proper Penelope, the Duke of Leighton’s affections lay elsewhere, and in a scandal that rocked all of London and beyond, the engagement was broken, leaving Penelope alone and crushed while the Duke married the love of his life.
Penelope, Michael and Thomas Alles, the viscount Langford’s son, were the best of friends growing up but times change everyone and friendships sometimes go the wayside as this trio. Penelope and Thomas remained friends however. Friends enough for Thomas to even propose to Penelope, only to be turned down.
After Penelope’s scandalous break-up, she received several offers of marriage, which she all refused, to her parents’ dismay. Wanting to have good marriages for his remaining daughters, Penelope’s father, the Marquess of Needham and Dolby, after having acquired the estate, includes Falconwell in Penelope’s dowry in order to attract a groom for the bride to be. Once Penelope learns of her father’s doings, she is upset by the family’s insistence that she marry and the means they use to achieve that goal.
Once evening, she takes a walk that will change her life completely, a walk that leads her to Falconwell, where she spent a great deal of her childhood with her best friends, and into the hands of Bourne, who even though held Penelope in high regard, is blinded by his revenge on Viscount Langford.
Can Penelope break through Bourne’s shield that he uses to keep all emotions at bay?  Bourne has constructed quite an armor that slowly begins to crack when Penelope becomes his and she wants much more than he is willing to offer. Will she finally get to experience the kind of love her once betrothed has? Will Penelope’s once boring life become a hotbed of excitement? Lots of questions but all answered to eloquently in Sarah MacLean’s A Rogue by Any Other Name.
~KIMBERLY~
***CONTEST ALERT: COMMENT, LEAVE YOUR EMAIL ADDRESS AND BE ENTERED TO WIN A COPY OF A ROGUE BY ANY OTHER NAME BY SARAH MACLEAN***
ENDS SUNDAY 8/13/12 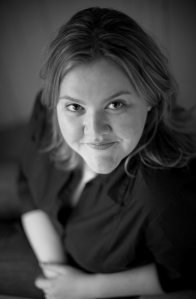 Posted by Kimberly Rocha at 5:28 PM