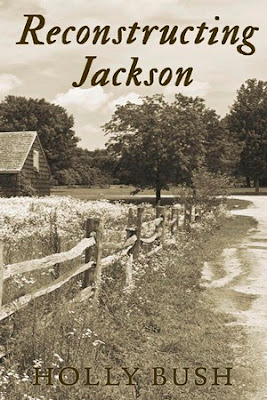 Wheelchair bound, lawyer/ex-soldier, Reed Jackson arrives in Fenton, Missouri after being more or less disinherited by his father because of losing a leg in the Civil War. Reed, the eldest son was set to take over the family plantation and marry a local Southern Belle, until the unfortunate outcome which has the elder Jackson handing said bride-to be and the plantation over to another brother who has no infirmities.

Once in Fenton, he moves into the Ames Hotel, which is owned by his cousin Henry and wife Mary Ellen. Upon his arrival, Reed meets the hotel manager Beulah who is a freed slave. Having been a soldier on the losing side of the Civil War, Reed is uncomfortable with Beulah's status and stature when he first arrives, but soon becomes fascinated by her pride and her determination.

Belle Richards is the sacrificed young daughter of a dirt poor family in Fenton. The seventeen year old is beaten regularly by her ignorant and evil brother Jed, and her equally ignorant alcoholic father consistently  but that doesn't break the young girl's spirit. In fact, it spurns her to better herself by fulfilling one of her dreams, to read. Beulah and her brother, a reverend, secretly school Belle and others in reading, but trouble begins when Belle's brother finds out. Post war Missouri is still reeling with prejudice as many of the Southern states are. Jed is so angry his sister is being taught how to read by blacks, that he beats Belle severely.

Beaten and bloody, Belle winds up outside the Ames Hotel in the company of Beulah. Reed Jackson, quickly takes control of the situation and has Belle brought to his room to be doctored and watched over.
When Belle's family comes the the Ames Hotel to force Belle to return to the hovel they live in, Reed asks Belle to marry him so she would be taken care of and never fear from her family again. She agrees.

Marriage between these two people, so different from one another but so intriguingly compatible, makes this story extremely compelling. At first, Reed is resigned to the fact that he would never be able to do any better than the poor Belle, but soon he comes to realize that this woman has unflinching determination and a Hell of a lot of heart. All Belle ever wanted was a home a husband to love her and children, and once she is given the chance, she takes the bull by the horns.

Tragedy soon strikes too close to home threatening the very lives of all Reed holds dear and when his new wife decides to take on the world, Reed must overcome his disability to become the man he has always meant to be.

What can I say about this book? Well I have to tell you, Holly Bush is an extraordinary writer. Every time I read her books a cry and rejoice. Being the history buff that I am, I am always drawn to a good story pertaining to the highs and lows of our country. Holly Bush is not afraid to take the post Civil War sentiment and make it a lesson to all, even if it's in a fictional romance like Reconstructing Jackson. This is a fabulous read and I am proud to say that I have read every one of Holly Bush's books, am a big fan of hers and hope she continues with these stories that are so worth the time to read. I highly recommend Reconstructing Jackson.