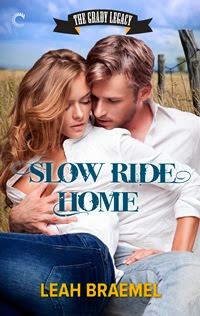 She was the one for him. He wanted to marry her, but when her father committed a crime on the ranch and was fired from Bull Hollow she left for good. Years later the ranch is on the line and Ben Grady needs serious help. When Allie O'Keefe appears as a representative of the company attempting to help Ben with the claim that part of his precious ranch now belongs to outsiders, she tries to be all business, but Ben rattles her calm like no other. The self proclaimed city-girl is now out of sorts back in heartland Texas even though she's had another life. She's been married and divorced and changed herself from an innocent country girl into a force to be reckoned with.

Ben Grady never thought he would be taking over Bull Run so soon, but once he takes the reins, it's full speed ahead, and if anyone wants to take his family's legacy away, they're going to have to go through him. He never realized how much of a soft spot he still had for Allie until she came walking back into his life. This time with stilettos instead of cowboy boots, Allie is all woman and once Ben ignites that match, the flame between these two burns to a maximum.

So happy with Slow Ride Home by Leah Braemel. Allie was so resistant of her feelings for Ben and to see the progression from her consistent mistrust and loathing to the re-sparking of her love for Ben was such a journey. Ben is all man and very sure about what he wants. An alpha with a capital A and oh so steamy. He also is a man with a conscience and a man with feeling, perfection wrapped up into a not so small package. The growth that this reunited pair have shown through their years of separation add a whole new level to this story.Leah Braemel's intro into the Grady Legacy brings us strong and interesting characters that I have to admit I want to know much more about in the coming books. This was actually the first book I have read by the author and I have to say that I loved it. Leah's attention to detail and her emotion filled tale give this a 4 and a half moon rating from me. Now bring on the Grady bunch! 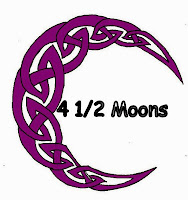