Trapped at the Altar by Jane Feather 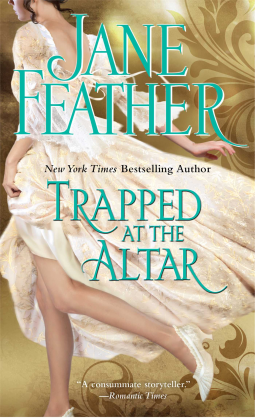 Ariadne Carfax has been betrothed to Ivor Chalfont since childhood. When her grandfather passes away, the time has come to live up to the betrothal and marry Ivor, but Ari is in love with another man. How can she discard her poet for the man chosen for her by her family? The union of the Catholic and Protestant sides is paramount to Ari's family, as they want to be reinstated among the nobility after decades of shame.

For the greater good of the family, Ari sends her lover away and bucks up to marry Ivor, but she also plans to forsake her marriage one the family regains their place. Ivor has waited his entire youth and is resigned to marriage with his childhood friend, but he will not accept just a part of her, he wants it all. Ivor wants Ari to love him more than she loves her Gabriel and he won't accept any less. Ivor sets out to convince his bride that he is what she needs, no one else. Once Ivor sets out to win his wife over, the sparks fly between the pair, but Ari is impetuous. Does Ivor have what it takes to woo his wife away from her poet and make a life with her in harmony and love?

TRAPPED AT THE ALTAR by Jane Feather is an enjoyable historical read. I admit to liking Ivor way more than the seemingly spoiled Ariadne and found it hard to see her side of things when Ivor from the get-go was so obliging. He may be an obliging character, but he no doormat, and he lets Ari know that from the get-go. This is my first read by the author and I admit that I am intrigued by Jane Feather and would like to explore her previous books. 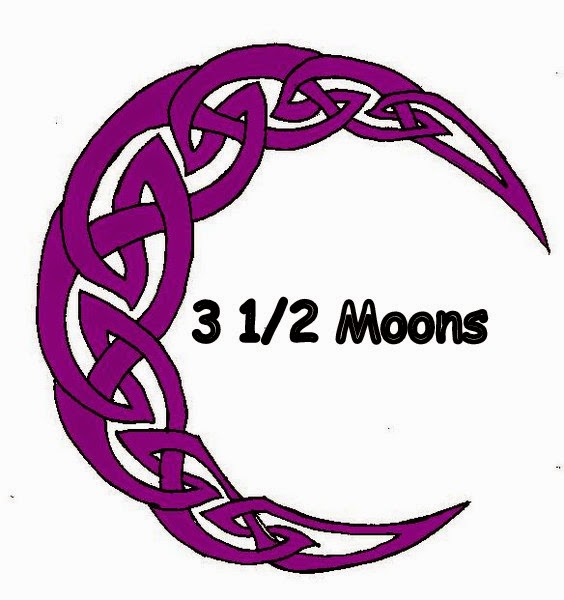