Regency Rules Are Made to Be Broken

There’s no question that Regency romances dominate the historical romance space. For lots of romances the HEA happens due to a sweeping romantic gesture from one partner to the other. Never one to conform to the norm, historical romance authors Grace Burrowes and Jane Ashford are here to share how they break the mold in their latest titles, Tremaine’s True Love and Married to a Perfect Stranger.

Grace Burrowes, author of Tremaine’s True Love: When Nita realizes that she and Tremaine envision incompatible job descriptions for her as his wife, she breaks the engagement. Tremaine accepts his rejection gracefully (when Nita’s looking). Part of what he loves about her is her ability to make up her own mind, to think for herself, to bring strength to the union, and not just a pretty pair of dancing slippers.
To hang around and wheedle, or to inveigle Nita’s siblings into changing her mind would be to disrespect her, and also to hurt her. Nita’s rejection of Tremaine is her head overruling her heart, and he knows this.
Tremaine also knows that Nita’s own family has failed to grasp how unique she is, and when they won’t defend some of the choices she’s made, Tremaine steps in—even after he’s been jilted.
He leaves her, but he never stops protecting her or trusting her integrity, and thus the door opens for the happily ever after.

Jane Ashford, author of Married to a Perfect Stranger: The moment that John displays his love for Mary is a quieter, but perhaps deeper recognition. Mary and John are not much respected by their families. They’ve both been dismissed as negligible personalities. As they fall in love during the story, they give each other the gift of acknowledgement and admiration, which lets them both come into their power as individuals. This all culminates for Mary when John praises her artistic talent – her ability to capture the essence of a person in her portraits. The moment is especially moving and significant because this very talent had previously gotten them in trouble with the powerful Lady Castlereagh and threatened to ruin his career. 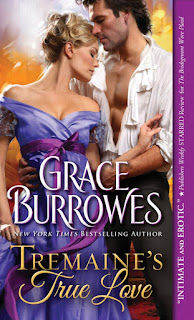 He’s had everything he could ever want…until now

Wealthy wool magnate Tremaine St. Michael is half French, half Scottish, and all business. He prowls the world in search of more profits, rarely settling in one place for long. When he meets practical, reserved Lady Nita Haddonfield, he sees an opportunity to mix business with pleasure by making the lady his own.

Nita Haddonfield has a meaningful life tending to others, though nobody is dedicated to caring for Nita. She insists the limitations of marriage aren’t for her, then Tremaine St. Michael arrives—protective, passionate, and very, very determined to win Nita’s heart.

New York Times and USA Today bestselling author Grace Burrowes has written over thirty-five books and has won numerous awards including a Publishers Weekly Best Book of the Year and an RT Reviewers’ Choice Award. Grace is a practicing family law attorney and lives in rural Maryland. 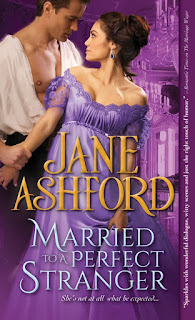 Time and distance have changed them both…

Quiet and obliging, Mary Fleming and John Bexley marry to please their families and John immediately leaves on a two-year diplomatic mission. Now John is back, and everything they thought they knew about each other was wrong…

Jane Ashford discovered Georgette Heyer in junior high school and was captivated by the glittering world and witty language of Regency England. Her romances have been published all over the world. Jane has been nominated for a Career Achievement Award by RT Book Reviews. She lives in Los Angeles, California.