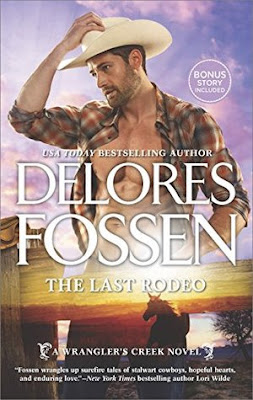 Like most fans of the Wrangler’s Creek series, I’ve been more than anxious for Lucian’s story. There’s just something about the Granger family that appeals to my heart. They’re a family I can’t help but love and laugh at while being thankful they aren’t mine. I can’t help but break out in a grin before I open a Delores Fossen book, knowing I’m in for a heck of a fun time. She has such a talent for peppering a moving love story with humor and heart. And The Last Rodeo is about as perfectly hilarious and heartwarming as a book can get.