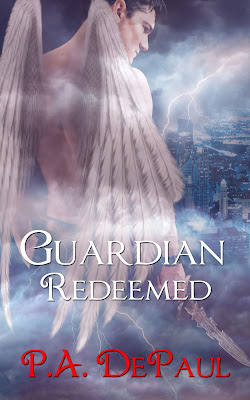 Heaven Mistrusts Him. Demons Fear Him.

Only One Woman Will Love Him.

Kaiden, a Security Guardian in Archangel Michael’s army has never really been accepted—he’s always on the outside looking in and he prefers it that way. Channeling his rage and injustice at life (and afterlife), he and his team ruthlessly track down demons on Earth and annihilate them from existence. When he learns that Zarok, a demon he sent back to Hell three hundred years ago has resurfaced, Kaiden vows to vanquish the demon for good. His mission becomes complicated when a beautiful human soldier witnesses a massacre by Zarok and gains the demon’s attention.

Miranda “Randi” Elon, a wounded war veteran, returns home from Iraq only to watch a deranged killer slay her two physical therapists while she stands trapped in the shadows. No sooner has the murderer left when Kaiden shows up with his exotic good looks and bullying demands. She has to decide if she can trust Kaiden to protect her or listen to the voice in her head telling her he’s more than what he seems.

Kaiden must figure out how to keep the existence of Guardians and demons a secret while also trying to contain his attraction for her because relationships between Guardians and humans are forbidden. But when Zarok targets Randi as his next victim, is his willingness to break every rule enough to save her in time?

Therapy is good for the soul!!

Well at least it was until Randi witnessed the death of two of her therapists.  Who knew you could grow body parts once they were hacked off.  Was she really seeing what she thought she did?  Or was she having delusions from the drugs she was taking for the gun shots she had received in Iraq?  Randi had returned home to live a normal life after spending nearly ten years in the army.  Who knew normal for her home town had been redefined while she was away.  Scared stupid after witnessing what she had she got home only hours later to return back to the center to reaffirm what she had seen and call for help.  Kaiden was tired of going after little guppy demons for sport.  He figured it was his punishment for yet another thing he had done to piss somebody off.  Then he is told to go to the rehabilitation center.  Zarok is back.  Kaiden had sent Zarok to hell over three hundred years ago instead of the forever pit by mistake and now Zarok was back to torment him.  While he and his team is there, the one and only witness returns to the scene.  How stupid can she be to return and be threatened by Zarok?  And how lucky can he be that he did not have to go looking for her and now he had to keep her beside him in order to protect her.  Then all hell breaks loose.  That is in his pants and in his heart.  Emotions long gone are now surfacing.  God he wanted to punch her minute and fuck her the next.  Spitfire, that; what he named this woman who apparently will be both his savior and his destroyer.  Can you say soul mate and multiple orgasms?


I give the book four stars.  It had a very good story line and the sexual component was entered into the book at the right moment.  Any earlier and it would have taken away from the story. 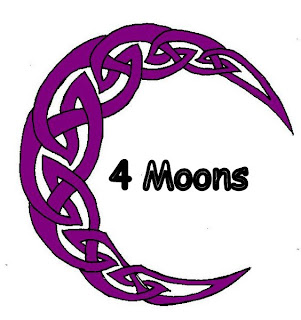