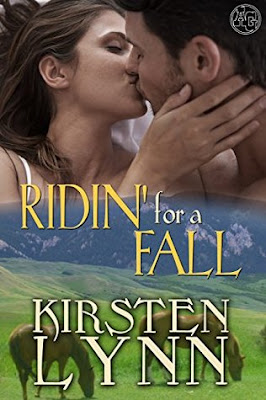 Kyle Allaway and Lena Gowan have been friends since before they were toddlers, their families having made the journey from Scotland setting up a homestead in the American West called the A&G. Neither adolescence nor adulthood can separate these two from one another as Lena follows Kyle to the ends of the earth when his inheritance is suddenly yanked from his grasp by his father and younger brother.

Frank Perry's Wild West Show has been on tour in Europe for a time now and even though Kyle and Lena are lifelong friends, there's a yearning between each of them for the other that threatens to explode. The All American Cowboy and the Sweetheart of the West as they have been penned got through the day to day performing their stunts for the eager crowds. After a fiery romantic interlude, Lena and Kyle return to being friends outwardly, but inwardly they each suffer for each other's touch. When a stranger dumps a baby in Kyle's hands stating that the child is his, Kyle is left utterly dumbfounded. Being bastard born himself leaves him in a quandary he never wanted to contemplate ever. When his boss discovers the child, he is none too happy, but no more shocked and saddened than Lena, who always wished Kyle would be hers and they would have a family.

Lena steps up to help Kyle with his child but he is determined to find a new home for his daughter. His struggles with not being wanted by the woman who gave birth to him and then to be rejected by his own father, leave Kyle feeling unworthy of a happy life and the one person his loves above all else in the world, Lena Gowan. Fate has a way of making things happen when in order to thwart a scandal threatening to bring the reputation of the Wild West Show down as well that of the stars of the show, Lena and Kyle marry. Then, like dominoes falling one by one, Kyle's and Lena's futures change in the drop of a hat. Kyle swore he would never touch Lena again, but their evident and magnetic attraction for each other has them on a collision course that won't be stopped and a passion that surpasses all good intentions.

Returning home to the A&G after a ten year sojourn away is bittersweet for Kyle with the responsibility of a new wife and baby and the father and brother who have made his existence hard to handle. Lena breathes easier once she is home in her family fold, but her happiness is short lived when one struggle after another threaten to turn her dreams into nightmares. Only love, truth and understanding will help them overcome the trials Lena and Kyle face.

Ridin' For a Fall by Kirsten Lynn is a exuberant sweeping tale of soul mates who have to overcome so much adversity to be able to see what's clearly in front of them. Lena and Kyle's friendship since infancy is a basis for a bright future and the sheer will to see it through is such a draw. Intermingled with this beautiful tale is a love affair that sizzles in epic proportions making Ridin' For a Fall not only a solid romantic story but a scorching one as well.I give kudos to author Kirsten Lynn for bringing this heat level to a peak, but not overshadowing the story at hand, for making her characters gritty and real and for sucking me in. Ridin' For a Fall is sultry and sweet, bold and touching, it is not for the for the feint of heart. I for one wait quite impatiently for the next tale in the A&G Original Brand saga. 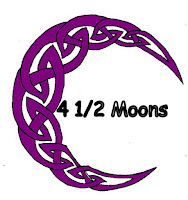