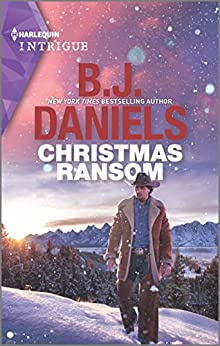 Christmas Ransom by B.J. Daniels begins when a local low grade criminal amps it up and decides to rob a bank in his hometown of Lonesome, Montana during the Christmas season. In the process, he attempts to kidnap the executive loan officer and sets off a series of events that changes the lives of so many in Lonesome, Montana.

Davy Colt has been in love with Carla Richmond for over a decade, and their breakup devastated them both. Davy wanted Carla to ditch all responsibility and go on the rodeo circuit with him. Carla wanted to have a "normal" life with a real job, the house with the white picket fence and stability. Davy just couldn't do it. As much as he loved Carla, he felt his destiny was riding those broncs.

Now a decade later, Davy is back in town to spend the Christmas holidays with his brothers and loved ones, when he sees Carla assaulted by a robber in a Santa suit who attempted to take her as a hostage. The thief leaves her injured on the ground before making a getaway with his cohorts. Frantic to make sure that Carla is well, Davy spends his time by her bedside until she is released from the hospital, then attempts to keep her safe in one of the Colt family residences.

After Jud, the bank robber who left Carla injured, does away with his cohorts, he and his shady girlfriend, Jessie hide the stolen cash and devise a way to make Carla Richmond pay for making their lives difficult before and after the robbery. Jud and Jessie have no idea what lengths Davy and the Colt brothers will go through to keep Carla safe, but readers will find out.

The very first sentence in Christmas Ransom by B.J. Daniels had me biting my nails to the nubs. This author knows so well how to engage her readers with her well thought out storyline with its exciting twists and turns and the characters that make you want to know them better, become family even. This second chance romance made my heart sing while the heist and goings on around the crime, kept me on the edge on my seat. A typical B.J Daniels perfect read! I have been away from this genre for a bit, but I am so glad that I am back and full force into reading this amazing series from this stupendous author. B.J Daniels deserves accolades for keeping her books fresh and exciting in a world of average.

P.S. There is a FBI Agent named Robert Grover, who you will hate as much as the criminals in this. Go grab this book. 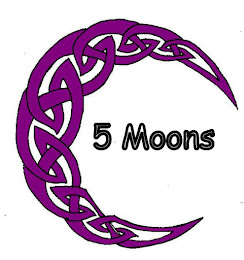 Posted by Kimberly Rocha at 7:03 PM