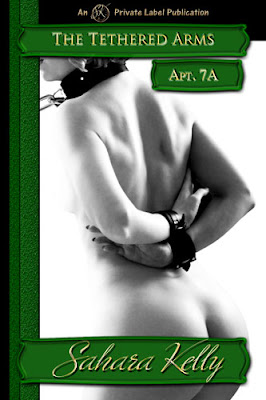 Talented 40-something photographer, Adele Martin, has kept her longing for model Brian Macmillan for some time. Not just for the fact that she feels it would be unprofessional to pursue him, she feels she is way to old for the gorgeous cover model.

Brian Macmillan has had it hard for the beautiful Adele and never has he given her age a thought. There is much more to Brian than meets the eye. He is much more than just the pretty face that graces Adele's professional work.

When Adele's female model tanks on her for a photo shoot, she's frantic because she won't make her deadline. That is until Brian suggests that Adele be the model. After much coaxing, Adele gives in to the suggestion and much to her surprise, she gives in to so much more with Brian.

No matter how hot and perfect the relationship becomes, Adele has that voice inside of her that tells her that being older than Brian will only be a pitfall. She can't seem to get over her personal issues even when Brian continually tries to steer her away from those thoughts.

Ok, now I can actually relate to this story. I am a photographer and I am over 40. That's where the similarities end though. I have to admit that I so completely wanted to beat Adele with a flogger. Thirty-something Brian is not only good looks, but a very smart and successful businessman as well. Adele's insecurities threaten her very existence and one can but wonder if Brian will actually get through or not. Aside from this being one very frustrating story, it's also my favorite out of Sahara's Tethered Arms series. The woman is a genius with these stories and you will have to read them to see why. Sahara is unconventional, to say the least, and I had to ponder for days over what I would actually say about this story... Curious? Good!!! Read The Tethered Arms Series and be as surprised as I was...