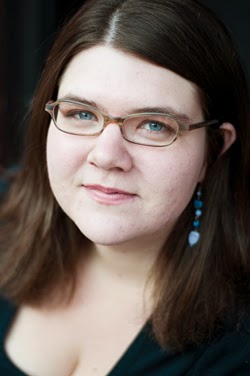 Hi Kate and welcome to Book Obsessed Chicks and thank you for answering my questions.

1. Can you please tell us a bit about yourself?
Sure! First of all, hi everyone. I'm Kate, I write romance novels. I have long been a fan of the genre. Most of my books are contemporary romance, although all bets are off, sub-genre-wise; I've also written two paranormals and a historical novella. I tend toward regular-guy characters and rich settings. When I'm not writing, I work as a nonfiction editor. My other interests include, but are not limited to, baseball, music, knitting, and designer handbags.

2. When and how did you know you wanted to be a writer?
I've been writing since forever. I come from a family of storytellers—my dad in particular knows how to spin a yarn—so I think that's how it started. (My mother still has cassette tapes of me telling ridiculous, nonsensical stories when I was a toddler.) I started taking writing seriously in high school—I was editor in chief of my school's literary magazine—and then I went off to college to get an English degree. I started writing novels in my twenties, but it wasn't until I decided to pursue writing romance in 2008 or so that things really gelled. My first novel came out in 2010 and I have not looked back.

3. Tell us about your upcoming work?
I have a book coming out in late spring called The Silence of the Stars. It's a sequel to my book The Stars that Tremble, which came out last September. The new book can be read as a standalone, though a lot of the characters from the first book show up again. It's a romance between an army vet still processing some old trauma and a violinist.

4. Do you have any mentors? Heroes?
My parents, obviously. My mother is also a writer, actually, but these days she mostly freelances nonfiction articles (she has a journalism background). When I was a kid, she used to read all my papers and go at them with a red pencil, which sounds harsh, but the process taught me a lot about how to put sentences together. I also had a couple of teachers in high school who were enthusiastic supporters and encouraged me to do more creative writing. Now I've made friends with other romance writers who are a constant source of support and inspiration. And I joke sometimes that I want to be Nora Roberts when I grow up, but it's kind of true. (If you've ever seen her at a conference, you know she has the best shoes, for one thing.)

5. Can you tell us your favorite character from your books so far and why?
It's hard to choose! Drew from Blind Items popped into my head right away; of all the characters I've ever created, he's probably got the most of myself in him. Troy from Across the East River Bridge is kind of my ideal man, in a weird way. Right now, I'm enchanted by Sandy from The Silence of the Stars. That's a character that took over every scene he's in in The Stars that Tremble, so I had to give him his own book.

6. Was it difficult for you to get published?
The first book was shockingly easy. Like, I don't think it's supposed to be that easy. I had been reading a lot of gay romance and loved it, so I decided to try my hand at writing one, which became In Hot Pursuit. I let a couple of friends read it and give me feedback, I polished it up, and I sent it in to a publisher. They accepted it and I was in business. The process got a lot harder after that—I got rejection letters, I struggled to find time to write, I had a lot of self-doubt. I'm happy with the way my career is going now, though.

7. Who are your favorite authors/reads?
My favorite novel of all time is probably Jane Eyre. I've read it a dozen times, maybe. Laura Kinsale's Flowers from the Storm is one of my favorite romances ever as well. Listing my favorite writers is probably a fool's errand because I will inevitably leave someone off, but generally, I gravitate toward the kinds of books I write. I love contemporary and historical romance in equal amounts.

8. Hobbies?
Well, as I said above, I play violin, though I left the school where I was studying a couple of years ago when I started writing more. I'm a huge obsessive baseball fan, even though my hometown Yankees are working hard to disillusion me right now. I like arts and crafts and I knit to help relieve stress, but I hardly ever finish my projects unless they're small. I read all the time, about everything—lately I've been reading about 50/50 fiction/nonfiction. I love art and fashion, too; if I hadn't become a writer, I probably would have gone into fashion design.

9. Tell us a bit about your workshop(s) at the conference?
I'm doing two workshops. One is a writers-track workshop on setting. I think setting is one of those things that gets overlooked when planning out a story, but I really love books with settings it feels like you can move into and live in. The workshop is intended to teach how to research and better develop strong settings, taking kind of a "worldbuilding" approach—even if you're writing a book set in a real place in the present time, you have to make that place come alive for the reader.

I'm also doing a readers-track panel with Damon Suede and Tere Michaels. We're going to talk about our favorite tropes. I think that will be a lot of fun.

10. Do you have any favorite TV shows?
I don't watch a lot of TV, but I'm a sucker for creative competitive reality shows—Top Chef and Project Runway in particular—and I've been enjoying some of the new comedies on this season, especially Brooklyn Nine-Nine. I'm looking forward to the next season of Game of Thrones; I love that show so much it inspired me to go read the books, and I'm not really a fantasy reader, so that should say something. Lately, I've been binging on old Law & Order (like, early-90s, original flavor L&O). (And I am beside myself about the upcoming Veronica Mars movie. That was probably my favorite show of the last ten years.)

11. What’s next for you?
I've got a couple of things in the works. I've written a Jazz Age historical romance between a vaudeville performer and a mobster that my agent is about to start shopping around and I'm finishing up an angsty contemporary friends-to-lovers romance set in New York. I've also started a contemporary series about guys who play in an amateur LGBT baseball league that I hope to work on in earnest this year.

12. What would you like readers to know about you?
In 2014, I'm serving as president of Rainbow Romance Writers, the LGBT romance special-interest chapter of Romance Writers of America. It's been hard work so far, but I'm enjoying it. The mission of the chapter is to further the interests of writers of LGBT romance, something that I think is important given the way romance with LGBT characters has just exploded the last couple of years.

Thanks so much for participating!!! 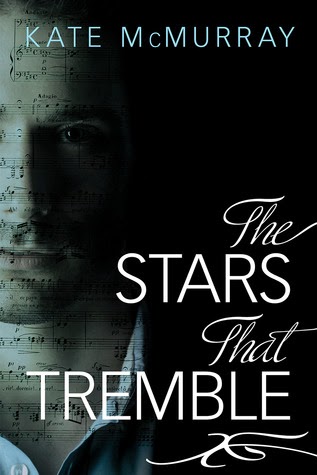