COVER REVEAL BLISS ~ TO TRUST A ROGUE By CHRISTI CALDWELL~

I am so excited about Christi Caldwell's cover reveal for her January 12th title!
And without further delay, here you go! 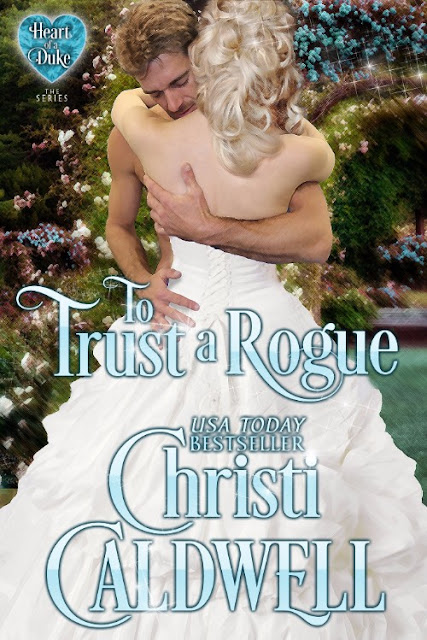 A rogue:
Marcus, the Viscount Wessex has carefully crafted the image of rogue and charmer for polite Society. Under that façade, however, dwells a man who had his heart shattered eight years earlier when a young lady captured his heart, pledged her love, and then left him, with nothing more than a curt note.

A widow:
Years earlier, faced with no other choice, Mrs. Eleanor Collins, fled London and the only man she ever loved, Marcus, Viscount Wessex. A poor merchant’s daughter she has now returned to serve as a companion for her recently widowed, elderly aunt. There is little reason for her to move in the same circles as Marcus, which is good for when they’re together, she is reminded of all she lost, when she left him.


The connection between Eleanor and Marcus’ family makes it impossible for them to avoid one another. As their paths continue to cross, Marcus finds his desire for Eleanor just as strong, but he learned long ago she’s not to be trusted. He will offer her a place in his bed, but never be anything more. Only, Eleanor has no interest in this new, roguish Marcus. The more they are thrown together, the protective walls they've built to keep the other out, begin to break.  Except, with all the betrayals and secrets between them, Marcus has to open his heart again. And Eleanor must decide if it’s ever safe to trust a rogue!
Posted by Kimberly Rocha at 10:44 AM