Reckless in Pink (The Emperors of London #4) by Lynne Connolly 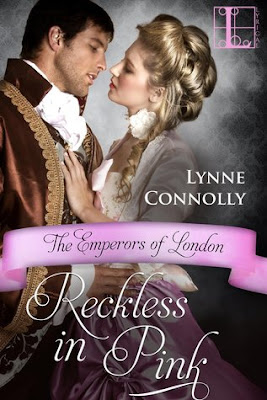 On any given day, Claudia Shaw is causing her family strife with her reckless behavior. Her unconventional familial upbringing is at the heart of this beautiful young woman's actions. When Claudia inherits a brothel from a relative and against the better judgement, heads over to the establishment to discover its secrets, she is saved from possible ruin by a handsome stranger.

Dominic has done his time for the crown and wants out, but when he is given the task of finding the Young Pretender and gaining intelligence on the man who is a complication to the crown itself, he begrudgingly accepts the task. When Dominic appears at one of the Young Pretender's regular haunts, Dominic is outraged to find Claudia Shaw, the beauty he met on a London street, at the brothel. He extricates the nuisance from the brothel and delivers her to safety, but quickly the pair becomes embroiled in such danger and intrigue, that the whole of England go to war.

Dominic cannot deny the desires he has for Claudia and the more he becomes involved, the more his reserve faulters. Claudia is quite the troublesome minx. She is too smart for her own good and she's been indulged by her large and lively family. These indulgences only make it easier for her to fall into one predicament after another and Dominic will do what he must to steer her clear of a danger she may never recover from.

RECKLESS IN PINK by Lynne Connolly is the fourth tale in the Emperors of London series and it is a great one at that. Ms Connolly's depiction of this unstable time in Europe is intriging and well done. As a lover of history as well as romance, this combination of the two is heady and and compelling. This wonderfully written story can be read as a stand alone but with so many captivating characters who appear in each other's books, the reader would get so much more from reading the entire series. 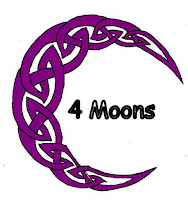