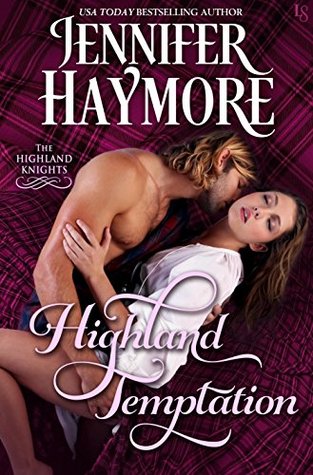 Lady Emilia Buchanan is in danger from her own abusive father after discovering his involvement in attacking the monarchy. So who does she go to for help? Colin Stirling, of course. Colin, a Highland Knight, is the most brooding of the band. After the war, he struggles with demons from his experiences. These struggles, that only his closest comrades know of, can be crippling. Colin and the Knights worked briefly guarding Emilia's father when it was believed there was a threat to the viscount's life. Emilia thought Colin was the ideal man from the moment she met him but limited her interaction with him for fear of her father's wrath. Now Colin has sworn to protect her, taking her away from London until the Highland Knights can bring her father to justice. But dangers surround them along the way. The physical threat of Emilia's father and his cohorts as well as the emotional threat of past experiences that harm them both still. When I read the first book in this series, I was hooked. A band of Scottish mercenaries and the women they love! What more could I ask for? This series gets better with each book. Jennifer Haymore does not disappoint. Colin and Emilia were destined to be together. Each carried scars, emotional and physical from their pasts. Though each believed they were weak, together they were unbeatable fighting their demons, their love for each other helping them to be strong and heal. The action and romance start off with a bang and continue throughout the story. You won't be able to put this one down!

Posted by Kimberly Rocha at 9:13 PM