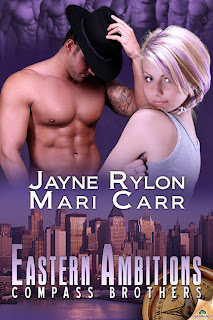 Sam Compton, one of the famous, or should I say the "infamous" Compton boys and twin to Sawyer Compton, always had big aspirations. When he left the Compton Ranch at 18 he headed East and stayed there until  he almost achieved the pinnacle of his career in the big city. That is until his ideas were stolen by the woman he thought he wanted more than anyone else and was also accused of abuse by the viper.
Bad news has Sam retreating to his childhood home,where on his first day back he meets the super sizzling Cindi, who lives, works and plays on Compton Ranch. Cindi has her little secrets that she's afraid to reveal to Sam when they become involved rather quickly. Sam is hesitant about falling for Cindi because he needs to be there for the Compton family patriarch, JD, who has been diagnosed with late stage pancreatic cancer and doesn't have long to survive.
These two come together with such a bang ( no pun intended) but can they see what JD and his wife Vicky see? JD and Vicky know about Cindi's needs but will Sam be able to come to terms with them? Read and you will find out!
Eastern Ties is a great read with awesome characters. Seeing the Compton's evolve has me coming back for more every single time. I will be sorry to see the end.  I am a super big fan of the Compton family. Mari Carr and Jayne Rylon have such a rapport writing together. It's so much fun to see where they can go.
~ KIMBERLY~

5 Stars (Hook Line and Sinker)
MS. MARI & JAYNE WITH YOURS TRULY AT RAW 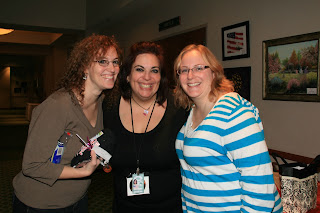 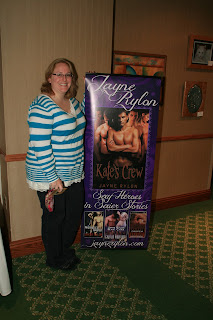 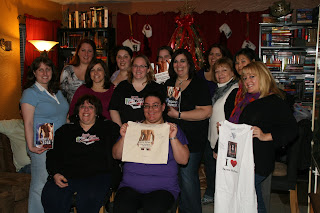 Posted by Kimberly Rocha at 6:40 PM