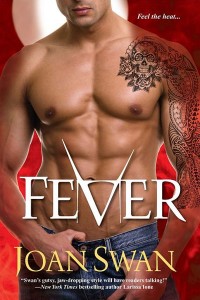 Teague Creek is a convicted murderer who used to be a well respected Fireman/Paramedic. Alyssa Foster is a Physician just trying to get ahead in a man's world. Teague's and Alyssa's worlds collide when Teague escapes taking the attractive Doctor as his hostage in the escape along with evil inmate, Taz. During the escape Alyssa finds Teague has a very odd ability, which as a Doctor intrigues as well as terrifies her.

All Teague wants is to be free of prison and to take back something that's solely his. Unfortunately, circumstances are making his quest almost impossible. Alyssa isn't the hostage he thought she was and things get out of control when in addition to fighting the system and the rest of the world, he's fighting a losing battle over his attraction to the lovely but prickly Dr. Foster.

While on the run from the authorities, Alyssa finds there is so much more than meets the eye to this "convict".
She discovers a conspiracy and against her better judgment jumps head in to try to right the many wrongs done to then once respected Teague Creek.

I loved this book!  What a great debut novel for such an awesome writer. I adore how Joan mixes tension and passion at the same time. The allure of colliding people from two seemingly different lifestyles is heady to say the least here. I can honestly say, at the beginning of the book I had an extreme distaste for Mr. Creek and with Joan Swan's amazing twists, my mind did a flip! Fever is a must read. Bravo Joan Swan, you have a hit on your hands!