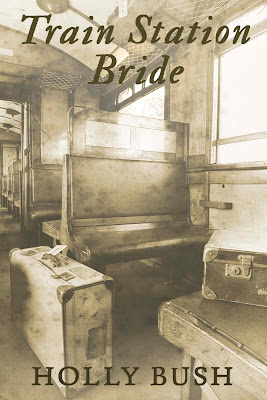 Julia Crawford is a  constant source of embarrassment for her wealthy East Coast family. The plump, twenty something has decided to do everyone a favor, especially herself. After corresponding with a middle-aged man looking for a wife to take care of him and his aging mother in North Dakota, Julia packs her bags and secrets herself away to become the man's wife.

Jake Shelling has sacrificed much of his early life to care for his sisters once their parents die of influenza. At sixteen he stepped up and became parent, provider as well as brother to his siblings. Now in his early thirties, he realizes it's time to lay down his own roots, marry and have some children. Jake isn't even thinking of love, he's not even sure he knows what that is.

A twist of fate has Julia and Jake together with an I do and a fainting spell. Once reality hit the couple, they decide to make the best of things until Julia's family get involved. Julia has a secret she has been hiding for ten years and once this secret is out it could ruin her relationship with Jake as well as her family in Boston.

What an awesome story with characters I cared so much for. Julia, a product of her family's upbringing comes into her own once she is away from the very people who are supposed to have cared foe her unconditionally. Instead they berate her and make her feel unattractive and useless. Once married to Jake, she has a tough time believing the kind things he and his family say to her. When Julia finally comes into her own, I wanted to do a happy dance. I also wanted to take some of her snooty family members and beat the living daylights out of them. At first, Jake seems to be uncaring and aloof, but quickly turns into the hero of the day with his honesty the way he treats those he cares for. When a story gives me that much to work with, it's a great read and I love to share my feelings about it.

Train Station Bride is a fabulous read by Holly Bush and I hope you all give it a go and enjoy it as much as I did.