RELEASE WEEK HAPPINESS WITH: Against the Tide (The Brodies of Alaska #3) by Kat Martin 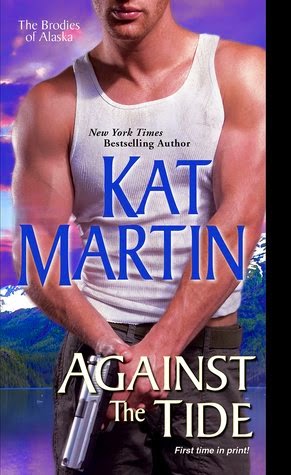 Against The Tide by the incomparable Kat Martin is a veritable roller coaster ride of action and suspense with a sizzling romance that grabs the attention.

Olivia Chandler has been on the run from a criminal element and ends up in Valdez, Alaska as the new owner of the Pelican Cafe. She tries to lead an under the radar life, but when it comes to boat captain Rafe Brodie, under the radar is a bit difficult.

Rafe Brodie is not going to sit idly by and let the murderer of one of his boat hands go free. When Liv and Rafe combine forces to hunt for the murderer they are in for a more than they bargained for including an attraction to one another that cannot be denied. For as much as Liv has been attemepting to steer clear of the attractive Rafe, he welcomes the most evident sparks that ignite quickly.

Along with the imminent danger that follows the pair, the budding romance that drifts between Rafe and Olivia makes Against the Tide a must read. Rafe and Olivia are strong characters with a lot of conviction and determination. They play well off one another and following along with their trials and tribulations is a thrilling quest. 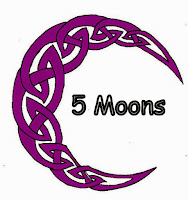 Secrets—and safety—melt under a midnight sun…

Liv Chandler is running for her life, and the cops haven’t been able to do a thing to help. But there’s one man who makes her feel safe, no matter what…rugged charter boat captain Rafe Brodie.

To Rafe, Liv is a beautiful mystery, one he can’t ignore. He means to unearth her secrets, and in the process, if luck is on his side, maybe the spark between them will ignite.

But Liv’s past is more dangerous than Rafe could guess, and when his first mate turns up dead, she fears that she’s next. That there’s something else coming she can’t see. That even Rafe and the remote village of Valdez, Alaska can’t protect her forever…

SHORT BLURB
Secrets and Danger Threaten in the Land of the Midnight Sun…
Liv Chandler is running for her life.  She can’t trust anyone, not even the one man who makes her feel safe—rugged charter boat captain, Rafe Brodie.
Rafe is determined to uncover Liv's secrets,  but the beautiful café owner has a past more dangerous than Rafe can guess.  Something terrible is coming…and even in remote , Rafe can’t protect her forever.
REVIEW QUOTES
“Martin’s latest novel leaves readers breathless with the absorbing combination of mystery and romance.” —RTBookReviews

“This book is action packed. It has plenty of suspense and I love that the story wasn't just given away. It all evolved into something fabulous. It will have you looking for the other Brodie books.” —Crystal’s Reviews

What are readers saying about AGAINST THE TIDE?
“A sexy romantic thriller I didn't want to stop reading.” —Paige, Mertztown, PA
“Thrilling, suspenseful and keeps you hanging on till the very end! And...delicious romance!” — Misty, Galt, CA
“This book was a great read!  Characters were intriguing.  Story was easy to get swept away with.” —Elissa, Collegeville, PA
“Awesome book from start to finish. I was hooked right away & couldn't put it down!” —Amy, Las Cruces, NM
“Sexy and Intriguing read. A must read if you love to get caught up in love and romance and danger.” —Kristen, Oklahoma City, OK
“I loved it! Kat martin describes the scenes with such detail it feels as if you're right there in the story. Loved the characters and the whole plot.” —Lisa, Slippery Rock, PA
LINKS

New York Times bestselling author Kat Martin is a graduate of the of at where she majored in Anthropology and also studied History.   She is married to L.J. Martin, author of western, non-fiction, and suspense novels.
Kat has written more than sixty-five novels.  Sixteen million copies of her books are in print and she has been published in twenty foreign countries, including , , , , , , , and .
Born in , , Kat currently resides in , on a small ranch in the beautiful Sapphire mountains.
Her last eleven books have hit the prestigious New York Times bestseller list.  Both AGAINST THE WILD and AGAINST THE SKY, her latest release, took top ten spots.  AGAINST THE TIDE the 3rd book in the Brodies of Alaska series will hit shelves in a couple weeks!

When I come up with a story idea, one of the most import aspects and sometimes the most difficult, is to find the right romantic match.  The right hero for the right heroine, two people who, by the end of the novel, will fit perfectly together.  Since AGAINST THE TIDE centers around Rafe Brodie, a rugged outdoorsman, man of the sea, a hardworking male with a very high sex drive, I needed a woman who was his equal.  That meant she had to be tough, strong, hardworking, and though she might not realize it at first, a woman with a very passionate nature.
Olivia Chandler is all of those things but she’s also a woman with secrets.  Though she’s drawn to Rafe, she knows they can never share a relationship.  Her life is in jeopardy.  Very powerful people want her silenced, and involving Rafe might wind up getting him killed.
But a mutual friend has been murdered and Rafe and Liv are both determined to find the man who killed him.  As the two of them work together trying to help the police solve the crime, Olivia comes to respect and admire Rafe, and she is wildly attracted to his dark good looks and amazing body.
Still, she might have to flee at a moment's notice.  And there is possible threat her past poses to Rafe.
As the story develops, Rafe comes to believe Olivia needs a man in her life, one strong enough to stand up to a woman like her.  He wants Liv in his life, but from the start, he has knows she's a woman with secrets.  For their relationship to work, Rafe needs to know what those secrets are.
As trouble deepens for Liv, another danger surfaces, one even more threatening.
AGAINST THE TIDE was a fun and interesting book to write, and matching the two of central characters, finding ways to bring them together during their dangerous, desperate adventure added to the mix.
I hope you enjoy AGAINST THE TIDE, and next year watch for INTO THE FURY, Rafe's cousin Ethan Brodie's story.
Till then, happy reading and all good wishes, Kat