Happy Tuesday all! Today we have a very special guest on the blog. Author Christopher Rice is not just the son of Anne Rice, he is a force to be reckoned with on his own. With his unique writing style and his shining personality, Chris has staked at claim in the world of romance and he is definitely here to stay. There is so much more to know about this fascinating man, but for now, a brief look.


For those of us who don’t know you, please tell us a bit about yourself.
I am a doughnut-addicted New York Times bestselling writer who has published in multiple genres. My erotic romance series, The Desire Exchange, launched last year with my novella THE FLAME, continued on in my novel THE SURRENDER GATE and continues further in my new novella, KISS THE FLAME, out November 10th. I live in West Hollywood. I have a weekly Internet radio show and podcast called The Dinner Party Show (TheDinnerPartyShow.com) and I learned early on in life to do everything Janet Rodman tells me to do or else your ass will hurt for a week.

What and who inspires you?
I'm inspired by survivors. By people who made a go of it without having all the advantages, like I did. I'm also inspired by writers with an incredible work ethic, like Nora Roberts and Stephen King. I'm inspired by people who truly aren't afraid of what other people think.

If you couldn’t be a writer, what would you be?
I'm obsessed with commercial aviation, but I think I'd make a terrible flight attendant. I did tons of theater in high school, so I'm tempted to say an actor. But as my friend Caprice Crane wrote, "I became a writer because I wanted to act. I just didn't want to act in front of other people." My best friend Eric Shaw Quinn says I'd probably be a tour guide in some old historical landmark in California. Maybe a tour guide at an old airport. But honestly, if I could find a way to get paid to just read books all day, that's what I'd do.

Tell us a bit about your latest release: KISS THE FLAME…

It's a teacher student romance with a twist of paranormal. A lot of readers who don't normally read paranormal like The Desire Exchange series because the love relationships – so far – have been between ordinary humans, and the paranormal characters act more as a guardian angels, devoted to bringing true lovers together. It's set in New Orleans so there's plenty of that deep south atmosphere, and it's characters are as snarky as I am.

Here’s a little quickfire for you! You can be as snarky as you want to be…

3. Last film that you saw?
The Man From Uncle

4.TV Show?
The Blacklist. One of my favorites.

5. If you could live anywhere in the world, where would it be?
LaJolla, California.

6. What was breakfast today?
A shake with four leaves of kale, two spoonfulls of greek yogurt, four slices of pineapple, two bananas and then about three to four hours of gas afterwards. Good thing I work from home!

8. What kind of car do you drive?
Cadillac SRX

9. Favorite clothing accessory?
The food I just spilled on myself.

10.Weapon of choice?
My smart mouth

14. Pets?
I had to find a new home for my cats because I was terribly allergic. And the dogs I want are too big for an apartment. I love mastiffs.

19.The one thing you can’t live without?
My laptop 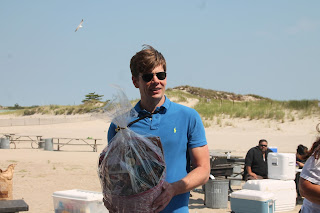 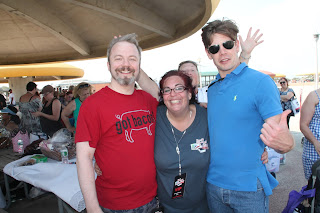 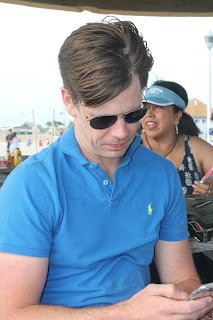 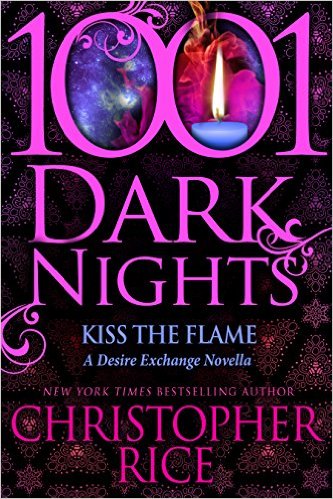 In a standalone novella that combines the worlds of THE FLAME and his novel, THE SURRENDER GATE, New York Times bestselling author Christopher Rice returns you to a mysterious candle shop in the New Orleans French Quarter where the scents of passion provide the courage to embrace your heart's desire.
Are some risks worth taking?
Laney Foley is the first woman from her hard working family to attend college. That's why she can't act on her powerful attraction to one of the gorgeous teaching assistants in her Introduction to Art History course. Getting involved with a man who has control over her final grade is just too risky. But ever since he first laid eyes on her, Michael Brouchard seems to think about little else but the two of them together. And it's become harder for Laney to ignore his intelligence and his charm.
During a walk through the French Quarter, an intoxicating scent that reminds Laney of her not-so-secret admirer draws her into an elegant scented candle shop. The shop's charming and mysterious owner seems to have stepped out of another time, and he offers Laney a gift that could break down the walls of her fear in a way that can only be described as magic. But will she accept it?
Light this flame at the scene of your greatest passion and all your desires will be yours...
Lilliane Williams is a radiant, a supernatural being with the power to make your deepest sexual fantasy take shape around you with just a gentle press of her lips to yours. But her gifts came at a price. Decades ago, she set foot inside what she thought was an ordinary scented candle shop in the French Quarter. When she resisted the magical gift offered to her inside, Lilliane was endowed with eternal youth and startling supernatural powers, but the ability to experience and receive romantic love was removed from her forever. When Lilliane meets a young woman who seems poised to make the same mistake she did years before, she becomes determined to stop her, but that will mean revealing her truth to a stranger. Will Lilliane's story provide Laney with the courage she needs to open her heart to the kind of true love only magic can reveal?

Posted by Kimberly Rocha at 9:53 AM