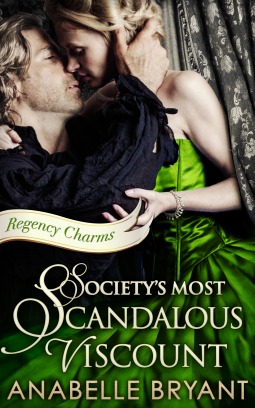 And yes, Ms. Anabelle Bryant has written yet another book that made this reader very happy.

Viscount Kellaway has no need for polite society. When a scandal ensues, he retreats to his home in Brighton on the beach where from his window one evening, he spies a light near the water.  Upon further inspection,  Kell discovers it is a woman wandering the beach on her own. His interest in the lady peeks and he yearns to find out more about the mysterious woman who trespasses on his property.

Angelica Curtis is spending some very much needed time away from her father. She is passing time with her grandmother before her religious zealot of a father marries her off to yet another religious extremist. After the death of her mother years before, Angelica's father turned to his church to help him get over his loss, instead the man became an overbearing and religious militant who kept his daughters on eggshells. When Angelica's sister gets herself into a heap of trouble and thus is cast out of her family, Angelica knows it's up to her to keep it together.

When Angelica is approached on the beach by a handsome and sinfully roguish man, she is mesmerized by his manner and has an instant attraction to him. Keeping their identities unknown from one another, the pair ventures into the passionate unknown, all the while knowing that at any moment what they have will disappear. Angelica knows her days are numbered, but the more time she spends in Kell's arms, the more difficult their impending separation will be. Kell didn't want to care, but his "mermaid" has set a fire to his very soul and extinguishing that flame is the last thing he wants to do.

SOCIETY'S MOST SCANDALOUS VISCOUNT by Anabelle Bryant is a vivid tale with deep emotion. Both Angelica and Kell are a product of their upbringings who feel the need to break free. The desire and how the mermaid and her pirate act upon that desire is an enlightening part of this incredibly sexy story. Angelica's need to make sure her sister is safe and also to open herself to a possibility of love is paramount and Kell's need for Angelica only inspires. Author Anabelle Byrant has a winner with this third story in the Regency Charms series and waiting for the next one is already torture. 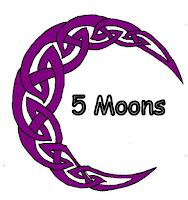