In Debt to the Earl by Elizabeth Rolls 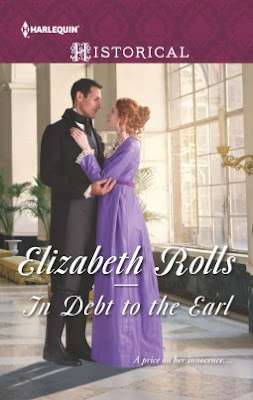 Based upon revenge, In Debt to the Earl by Elizabeth Rolls, begins with a Captain Hensleigh losing an insane amount of money in a card game to James Remington , the Earl of Cambourne. When James attempts to collect on Hensleigh's debt, he is met with a willful young lady who he assumes is Hensleigh's mistress. When the earl discovers that the young lady is in fact Hensleigh's daughter Lucy, he is angered to find the young woman abandoned by her father and left with little to survive.

James cannot abide with the situation Lucy is left with, but he also cannot abide by the inevitable fact that Lucy's father was involved with James' cousin being beaten after a losing card game and he will get to the bottom of that crime and do whatever needs to be done to the culprits who dare to hurt his blood. Meanwhile, he is so taken with Lucy's predicament, that he decides to take care of her by paying her back rents and making sure she is fed and clothed. Unfortunately, this kind of care leaves the wrong impression with those surrounding Lucy, thinking that she is now James' kept woman. James needs to make this right. Lucy is an honorable woman in a bad circumstance and James' emotions begin to flare, not only in protective mode, but with need. Knowing that the only correct thing to do is court the young woman, James makes Lucy distrust the reasons why he wants to take care of her. She has already been betrayed by her own father and another betrayal would just break her.

Now indebted to James, Lucy struggles with her own feelings for the earl and for those of her situation and James struggles to come to terms with dealing with Lucy and those who have done his family wrong.

In Debt to The Earl by Elizabeth Rolls is a well written read that left me wanting more. I didn't really feel for either James or Lucy deeply. I would have liked to get to know them better. This is the first book by Elizabeth Rolls that I have read and I am most definitely going to read more from her, as I do feel that this book had promise and I truly want to give Ms. Rolls another go. 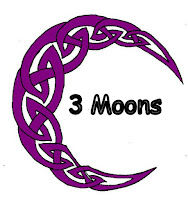 Posted by Kimberly Rocha at 7:15 PM