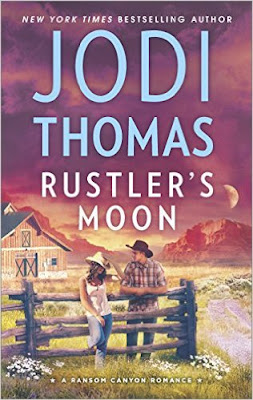 On a dirt road marked by haunting secrets, three strangers caught at life's crossroads must decide what to sacrifice to protect their own agendas…and what they're each willing to risk for love. If there's any place that can convince Angela Harold to stop running, it's Ransom Canyon. And if there's any man who can reveal desires more deeply hidden than her every fear, it's Wilkes Wagner. Beneath the rancher's honorable exterior is something that just might keep her safe…or unwittingly put her in danger's path. With his dreams of leaving this small Texas town swallowed up by hard, dusty reality, all Wilkes has to show for his life is the Devil's Fork Ranch. Though not one to let false hope seduce him, he can't deny the quiet and cautious beauty who slips into his world and changes everything. Lauren Brigman finally has freedom at her fingertips. All she needs is Lucas Reyes's attention—a look, a touch, some sign that she's more to him than a girl he rescued one dangerous night. But now it's her turn to rescue someone, and the life-altering decision may cost her more than a chance with Lucas

1.      This is your second book in the Ransom Canyon series. Tell us about the town.

In RUSTLER’S MOON the town of Crossroads has grown.  After allowing their museum to sit empty for a year, the book opens with a new curator coming.  The museum comes alive and brings the town together as Angela Harold wakes up to life and loving for the first time.  The quiet, shy curator carries a secret that will threaten the whole town and leave rancher Wilkes Wagner fighting for his life as he protects Angela.

2.      We’ve heard you have an inspiration room for your writing. Tell us about the spot.

Ransom Canyon room:  When I began the series, I moved my computer to a little room out back of my house.  We call it the bunkhouse.  It’s not big, mission designed and almost a hundred years old.  I took down all the western art and put up white boards.  Removed all books except those on ranching, horses, Texas, or research I might need. Family histories of characters fill one wall.  Plot lines another.  When I step into the bunkhouse, I step into the world of Ransom Canyon.  One by one my characters come in and sit down to tell me their story.
I even have pictures of the flowers of Texas taped up in the bathroom and a Jack Sorenson print of horses running into the canyon on the door. 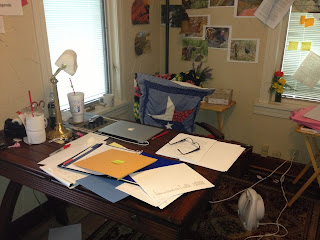 3.      Are there any characters in the series you’d consider for a spin-off?

Yes.  There are characters outlined on one board of my study that may not make it into this series.  Who knows?  Maybe they’ll find their way in the future.

4.      If RUSTLER’S MOON were made into a movie, who would you cast as the lead characters?
Like many of my readers I spent my Christmas holidays snowed in and watching Hallmark movies.  Almost every movie I’d say, “That actor would be perfect as this character.”  I’d love to hear from my readers about who they see as playing Wilkes Wagner in RANSOM CANYON.

Coming this spring will be LONE HEART PASS.  Another modern day ranching story set in Texas.  It opens with a woman giving up on a career and taking what she thinks is her last chance to survive by coming to a small ranch her grandfather left her.  She hires a cowboy to help who has a pickup full of baggage, a five-year-old daughter and a determination that surprises her.

6.      If you had to wear a t-shirt with the same saying every single day, what would it say?

That is an easy one.  When I started writing I went to a writer’s conference in Oklahoma one year and bought a t-shirt.  Every night when I stepped into my closet sized study, I put on that shirt.  I wore it out, but I wore it until I sold.  It said, NEW YORK TIMES BESTSELLER, in training.
7.      If you were a punctuation mark, which one best suits your personality?
If I were a punctuation mark I think I’d be a semi-colon.  Half the time I don’t know where I belong.  No one really understands me.  I think I’m kin to a comma.  Which were left on earth millions of years ago by aliens just to confuse us so we’d never evolve completely.

I love traveling.  Wherever I go, I always think I’d love to live there.  I was twenty-one when I first crossed the Mississippi heading east.  I spent so much time pointing out all the trees my new husband stopped the car.  “We’re heading to Fort Mammoth, New Jersey.  There are trees from now on, Jodi, so stop yelling every time you see one.”  The next three years we crossed the USA several times in a 1970 Camaro and everywhere we went I was excited at all there was to see.
But, in truth, when the time comes, bury me in Texas with the open sky and land so flat you can see the curve of the earth.  It’s where I belong.  It’s in my blood.

I’d be a teacher.  Teachers change the landscape of your life.  Mrs. Dickerson in the fourth grade saw that I couldn’t read.  She took the time to learn why and send me to a school for two summers.  She opened the world of fiction for me.  Without her, I would have been fine.  With her, I’ve lived a much richer life.
I’m the writer in residence at West Texas A&M University and the best part of my job is sitting down with students in my office and beginning our journey with, ‘So, you want to be a writer?”

I can’t answer that question because the answer changes every day.  I love curling up with an old book and reading it for the second or third time.  I love discovering an author and seeing a new fresh voice.


I have a loose grip on reality.  Give me a good story.  Take me away into another world for a few hours.  Make me laugh.  Make me cry.  Make me fall in love again for the first time.