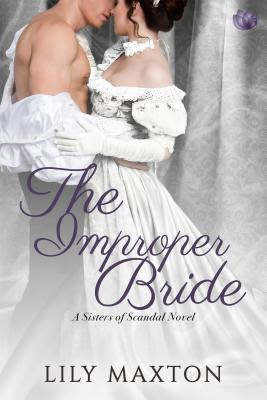 
Book Blurb:
Cold, arrogant, and demanding Henry Eldridge, Marquess of Riverton, would never dally with a mere servant. But when Henry is injured in a horrible fire, his pretty housekeeper Cassandra nurses him back to health, throwing them together day and night. As he slowly heals from his burns, their friendship blossoms, and the class walls between them start to crumble. Cassandra is surprised by glimpses of a kind and thoughtful man beneath her employer’s hard façade—and even more surprised when she develops tender feelings for him. But anything between lord and servant is impossible...and besides, as a widow, she knows love only leads to heartbreak.Henry is changing, as well. His close brush with death has opened his eyes to his self-imposed emotional isolation...and has urgently reminded him of his duty to marry a well-bred lady and produce an heir. Determined to do right by his family name, he immediately begins searching for a suitable bride. But Cassandra is the only woman who is never far from his mind or his heart. Contrary to everything he’s been taught to believe, he realizes his lovely housekeeper might just be his perfect match. Now, if only he could convince everyone else of that. Especially Cassandra...

At some point during the events in The Improper Bride, I was able to sit down with our hero, Henry Eldridge, the Marquess of Riverton, and ask him a few questions. He greeted me in the library, a stunning room with a lot of furniture that looked too elegant to sit on.

“So, Henry…” I began as I shifted uncomfortably. He raised an imperious eyebrow at me. I realized my faux pas, cleared my throat, and hurriedly looked down at my questions. “My lord, how would your family describe you?”

“My parents would describe me as the ideal heir. My sister would say I’m conceited and arrogant. But she likes to say things just to get a reaction.”

“Are those things true?”

“What’s your favorite way to spend your time?”

“I’m a voracious reader. But other than that, the usual manly pursuits—hunting, riding, drinking port.” He paused suddenly. “Though recently, I’ve discovered the joys of a good snowball fight. Have you ever been in one?”

“Delightful.” He looked away, and if I didn’t know any better, I would have said he was blushing a little bit.

I cleared my throat again. “If you could travel anywhere at this moment, where would you go?”

“I think…” He was strangely hesitant. “One of the German states, perhaps.”

I blinked. I’d been expecting somewhere warm...maybe by the ocean. That’s what I would have picked. “That’s an interesting answer. Why would you go there?”

“They’re skilled clockmakers,” he said defensively. “And Goethe is one of my favorite poets.” His gaze had gone far off, like he was remembering something important to him.

He stared at me like he was surprised I was still there. “Pardon me. I’m a bit distracted at the moment. Shall we continue this interview later?”

“Of course,” I said, jumping to my feet.

He sketched a quick bow.

“When should I schedule it?”

It sounded like he muttered, “When my heart stops being a treacherous fool.” But that couldn’t be right, could it?

“In a month.” He shot back over his shoulder as he strode toward the door.

I quickly scrawled in my notes: The marquess is talking to himself, staring longingly at things, and forgetting where he is— he either needs to see a physician, or he’s in love. 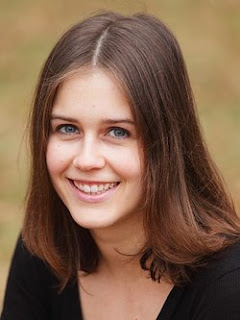 Lily Maxton grew up in the Midwest, reading, writing, and daydreaming amidst cornfields. After graduating with a degree in English, she decided to put her natural inclinations to good use and embark on a career as a writer. When she's not working on a new story, she likes to tour old houses, add to her tea stash, and think of reasons to avoid housework.
You can find Lily at www.lilymaxton.com, on Twitter (@LilyMaxton), or on Facebook (facebook.com/LilyMaxton).

BARNES & NOBLE
KOBO
Posted by Kimberly Rocha at 9:00 AM