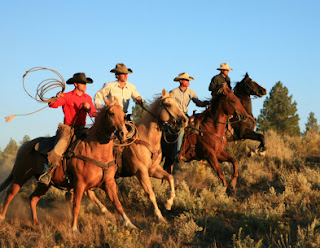 Welcome to another country morning! You can almost hear the sizzle of bacon, smell the fresh-brewed coffee and the heady scent of a dew-covered mother earth! Its a great day to welcome visitors to the porch and talk about books--especially from authors whose heroes have always been cowboys--the quintessential 'country boys'!
Today we welcome two more gifted storytellers--Melissa Cutler and Jenna Kernan. So grab your cuppa, find your favorite spot and get cozy as we visit with these two fine ladies today!
~*~

BIO:Bio: Melissa Cutler knows she has the best job in the world, dividing her time between her dual passions for writing sexy contemporary romances and edge-of-your-seat romantic suspense. She was struck at an early age by an unrelenting travel bug and is probably planning her next vacation as you read this. When she's not globetrotting, she's enjoying Southern California's flip-flop wearing weather and wrangling two rambunctious kids.
What inspired you to write this story?
With The Trouble with Cowboys, I was inspired to create a mash-up of western and culinary romance novels, with a heroine who's a failed reality Chef show contestant (a lá Top Chef) who's returned to her small town home to open a restaurant featuring locally grown food and a cowboy hero who not only raises prime beef but knows what to do with it once it hits the kitchen. I love the idea of following a cattle rancher in from riding the range to his kitchen and watching him prepare filet mignon from steer he'd painstakingly raised. 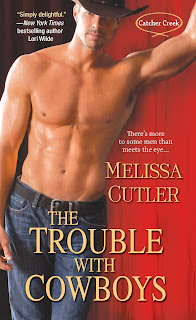 EXCERPT: Kellan’s imposing form materialized at the end of the breezeway. He folded his arms over his chest and propped his shoulder against the wall.Amy yelped and lurched to a halt. “You scared me.” “I’m ready to ask you out.” "Oh." She tried to calm her racing heart, breathing deeply. Impossible. “Go ahead.” “Amy, may I make you dinner at my house on Friday?” She was ready with her answer. “No. Not a good idea. Sorry.” He swaggering closer, his thumbs hitched on his belt buckle. Not that she was looking there. He stopped close enough to touch her. She took another step back and bumped into the wall. “Amy, may I have dinner with you?” “No.” The word was little more than a note on the wind. She flattened her palms against the cool stucco wall as her eyes trailed a vein in his neck from where it began at his shirt collar to where it ended at the locks of hair peeking from beneath his Stetson. Something shifted inside her, something carnal and potent. With a blazing expression in his eyes, he unbuttoned his cuffs and rolled his sleeves to his elbows. “All this fancy stuff…I don’t think it’s for me,” he murmured. The tie was off next, stuffed into a pocket. Maybe he heard her ragged intake of air because his gaze shifted to her lips as he unfastened his belt and dropped it to the ground. The metal buckle clanged on the cement. He loosened the top three buttons of his shirt, then tipped the brim of his hat lower over his brow. Oh, damn… She rocked to her toes and lassoed his neck with her arm. His hat tumbled off as she brought her lips to his. His hands wound into her hair. Crushing her to the wall, he devoured her. Thoroughly and without mercy, pinning her in place with his lower body as his lips and tongue caressed her. With a labored grunt, he wrenched his lips from hers and propped his arm against the wall behind her, panting. She opened her eyes, expecting triumph in his expression, but all she saw was a raw heat that matched her own. “I’ll pick you up Friday at six.” Scooping his belt and hat from the ground, he walked away, listing a bit.
~*~
BUY LINKS: AMAZON / BARNES AND NOBLE / KOBO

MORE ABOUT MELISSA: My thanks to Amanda McIntyre for hosting me today. I love hearing from readers and am really easy to find:WEBSITE / FACEBOOK / TWITTER /NEWSLETTER SIGN UP /EMAILSOUNDS LIKE A GREAT STORY! BE SURE TO LEAVE A COMMENT OR QUESTION TO BE ENTERED TO WIN A COPY OF THE TROUBLE WITH COWBOYS!
~*~*~*~*~*~*~*~*~*~ 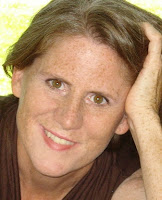 WHAT INSPIRED YOU TO WRITE THIS STORY?
I had so much fun researching Texas for THE LAST CAHILL COWBOY that I just couldn’t leave the state. I was especially interested in the theme of belonging and acceptance in my February release, THE TEXAS RANGER'S DAUGHTER.My feisty heroine, Laurie Bender, is the daughter of a famous Texas Ranger who is trying so hard to be accepted as a perfect lady that it nearly kills her. I loved watching Laurie gaining confidence and independence as she loses more and more of her clothing. For me, her proper attire was an outward symbol of her efforts to gain her parent's approval. My hero, Boon, also wants acceptance, but he has had none of the advantages Laurie enjoyed but also none of the expectations. He’s the son of a whore with no daddy and no last name. He is more than the rough, tough outlaw he appears. Inside he longs for the respect and belonging that comes with wearing a Ranger’s Star. But past mistakes have closed that door to him forever. He’s ridden with the most notorious gang in Texas and she’s a lawman’s daughter. He knows what he wants and can’t have it. She knows what’s expected and doesn’t want it. I simply loved telling their story. The words just flew onto the pages. I hope you enjoy Laurie and Boon’s adventure as they escape from outlaws and run for their lives. For more about THE TEXAS RANGER’S DAUGHTER visit my website at www.jennakernan.com and look for my STORY BEHIND THE STORY page. **NOTE: JENNA'S INSPIRATION FOR THIS BOOK CAME FROM,LIKE MANY OF US, NOTABLE CELEBRITIES. WOW AND TAKE A LOOK AT THAT COVER! DARN CLOSE TO YOUR DREAM TEAM, JENNA!
My hero, Boon, was inspired by Brad Pitt.My heroine, Laurie Bender, has a mother who is Castellan and so I picked a young Catherine Zeti Jones as my inspiration.
~*~ 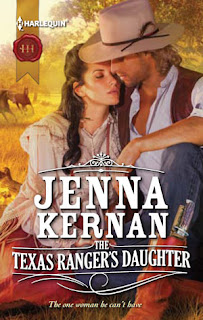 EXCERPT;In this scene, Laurie Bender is trying to change into the boy's clothing Boon provided so they can make their escape from pursuing outlaws but she finds them too small:
Laurie glanced up and caught his eye. He looked at her with the intent gaze of a starving man. She tugged the flaps of the boy's shirt together and only then realized they did not quite cover her breasts. "Turn around," she ordered again. This time he shook his head in refusal. There was a new tension in him as if he was held in place by some invisible tether. Laurie's heartbeat accelerated as she recognized that she now faced a different kind of danger, the kind that came from showing a man her naked body. "They'll be back in a moment," she warned, but she was not sure he heard her. He stepped forward, reaching, his fingertips brushing the full round curve of the exposed tops of her breasts. She gasped and spun away, clutching her hands across her cleavage as her body tingled to life. "I shall scream." It was an idle threat. She wouldn't, couldn't, because to scream was to draw more danger than she faced now. But her words seemed to rouse him, for he blinked and then shook his head as if waking from a trance. He stooped to snatch up her discarded garments while Laurie tried frantically to button the shirt. She managed to get it fastened about her torso, thanks to the corset cinching her middle but the tight fit squeezed her breasts together so they bulged at the gap in a most lurid manner. She stared down at her white flesh, thrusting up in an open invitation and gasped in despair. The action caused her breasts to strain against the buttons that imprisoned them. Were it not a sturdily constructed boy's shirt, she felt sure the tension would have split the seams. Boon returned to the horses, stuffing her clothing into his saddlebags as she covered herself with her open hands, searching wildly for some other means to conceal her bosom from his view. Boon turned. His arms dropped to his sides and his shoulders sank as if she had somehow defeated him. "You must think I'm made of stone," he whispered. (c) The Texas Ranger's Daughter, 2013, Jenna Kernan This excerpt provided by permission of Harlequin, Inc. Buy Links: BARNES AND NOBLE/ AMAZON /eHARLEQUIN

SOUNDS LIKE A GOODY!  LEAVE A QUESTION OR COMMENT AND BE ENTERED TO WIN A Signed copy of The Texas Ranger's Daughter! (Author is also including READERS FROM UK, AUSTRALIA,CANADA)
~*~

THIS HAS BEEN ONE HUMDINGER OF A WEEK FOR GOOD EXCERPTS, DON'T Y'ALL AGREE? I JUST LOVE HAVING THESE TALENTED LADIES OVER TO SHARE THEIR  STORIES AND MEET Y'ALL!! TOMORROW, WE'LL BE CONTINUING THE FUN WITH THE TALENTED C.H. ADMIRAND AND PAIGE TYLER!! SO SET YOUR ALARM, OR I'LL HAVE TO SEND 'OL NORM TO FETCH YA!! (NORM'S MY OLD BLACK LAB, DON'T NEED ANYONE GETTIN' TOO EXCITED...;) SEE Y'ALL IN THE MORNING!!~AMANDA

http://www.amandamcintyresbooks.com/2013/03/thursday-march-14-melissa-cutler-jenna.html
Posted by Kimberly Rocha at 7:30 AM