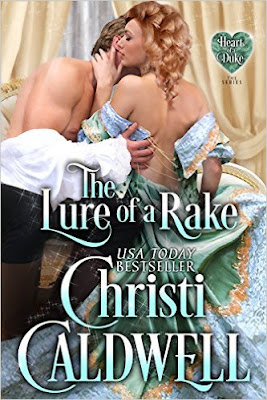 Once again, the amazing Christi Caldwell slays me with her breathtaking storytelling and her fascinating characters.

Lady Genevieve Farendale was left jilted at the alter by her unscrupulous and unfeeling duke who spread evil lies about Genevieve and not just ruining her reputation, but pretty much burying it. Then to top off that lovely heartbreaking tragedy, her wonderfully obnoxious parents ship her off to the country estate of her maternal grandfather to ruminate for five years about the wrong SHE has done her family. This reader was a more than a tad angry and completely sucked into this story by this time.

Cedric Falcot, the Marquess of St. Albans is a complete rake who thrives on ticking his reprobate of a  father off whenever possible. Only problem is, his father, the duke holds the purse strings and if Cedric doesn't comply with his demands, he's going to cut him off. Seemingly unaffected by this pronouncement, Cedric vows to remain a bachelor until he sets eyes on the ruined Lady Genevieve brought back from the netherworld and thrust once again into a society who still whispers about her.

Cedric and Genevieve's chance meeting in the library is a shock to his system and even more to hers when she discovers his identity after sharing an interesting conversation and a mind blowing kiss with the handsome unrepentant rake. So hurt Genevieve has been by those close to her, that it's hard to normally let anyone in, but with Cedric's easy going manner of speech and his genuine interest in Genevieve's love of art, her carefully constructed walls begin to crumble with each meeting the two share.

At his wits end and looking to seek the ultimate revenge on his progenitor, at the nudging of his best friend, Cedric seeks Genevieve's hand in marriage, and this is where things get even more riveting. The expectations by both bride and groom differ in each one's opinion and these differences strive to make of break this relationship. As much a I would love to continue to give you my take on THE LURE OF A RAKE by the brilliant Christi Caldwell, I would much rather you grab this highly emotional tale yourself.

Wow is a word that comes out of my mouth repeatedly throughout reading this story. Both Cedric and Genevieve have been talked about amongst the ton. Rumors, lies and exaggerations have been bandied about and each knows how it feels to be the object of that talk. Knowing how rumor and and talk can change opinions about people, Genevieve still takes in what she's heard about Cedric being a rake, even though she has been the object of hurtful jibes, she still throws his reputation in his face. That is how much she was hurt but not only what her former betrothed did to her, but compounded by her mother and father's rash decisions to place blame on their innocent daughter all because she was born female. Cedric is the celebrated rake, the man who can pretty much do as he pleases and still be welcome into fickle society. The irony is astounding and all this irony is why I LOVE this story. Christi Caldwell does not push the envelope when it comes to telling it like it is. She dives in head first and succeeds in making a splash with THE LURE OF A RAKE. Bravo Ms. Caldwell. 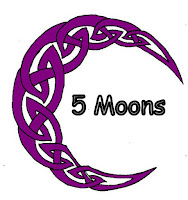