The Master of Strathburn By Amy Rose Bennett Blog Tour

The Master of Strathburn
By
Amy Rose Bennett
Blog Tour
A sweeping, sexy Highland romance about a wanted Jacobite with a wounded soul, and a spirited Scottish lass on the run.
About the Book: 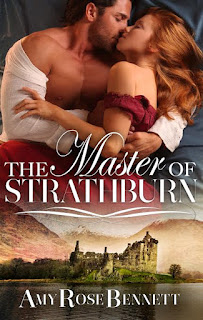 Title of New Release: The Master of Strathburn
Publisher: Escape Publishing (Harlequin)
Release date: May 15, 2016
Blurb:
Robert Grant has returned home to Lochrose Castle in the Highlands to reconcile with his long-estranged father, the Earl of Strathburn. But there is a price on Robert’s head, and his avaricious younger half-brother, Simon, doesn’t want him reclaiming his birthright. And it’s not only Simon and the redcoats that threaten to destroy Robert’s plans after a flame-haired complication of the feminine kind enters the scene...
Jessie Munroe is forced to flee Lochrose Castle after the dissolute Simon Grant tries to coerce her into becoming his mistress. After a fateful encounter with a mysterious and handsome hunter, Robert, in a remote Highland glen, she throws her lot in with the stranger—even though she suspects he is a fugitive. She soon realizes that this man is dangerous in an entirely different way to Simon...
Despite their searing attraction, Robert and Jessie struggle to trust each other as they both seek a place to call home. The stakes are high and only one thing is certain: Simon Grant is in pursuit of them both... 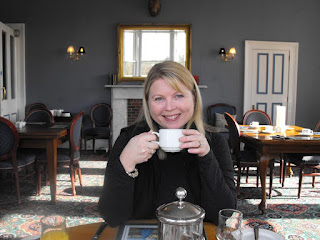 Amy Rose Bennett has always wanted to be a writer for as long as she can remember. An avid reader with a particular love for historical romance, it seemed only natural to write stories in her favorite genre. She has a passion for creating emotion-packed—and sometimes a little racy—stories set in the Georgian and Regency periods. Of course, her strong-willed heroines and rakish heroes always find their happily ever after.
Amy is happily married to her own Alpha male hero, has two beautiful daughters, and a rather loopy Rhodesian Ridgeback. She has been a speech pathologist for many years but is currently devoting her time to her one other true calling—writing romance.