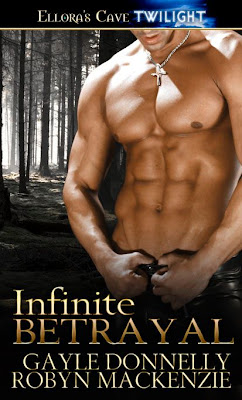 Mina Roarke is in mourning over the loss of her mother, her only family member. Having been brought up in the Pacific Northwest believing she had no one left but her friend Chloe she is distraught. When she finds letters written from her presumed dead father to her mother, she is stunned enough to travel to Germany to attempt to find something out about the man who took no part in her life. At Chloe's coaxing, Mina takes the journey. What she discovers on her travels rocks her very existence.

When Mathias, a very tall dark and sexy shifter of a race called the Coteri, is sent by Roderick, Mina's father and King of the secret shifter Coteri race, to protect her, sparks fly between the bodyguard and his charge.  As Roderick's trusted General,  Mathias is entrusted with protecting Mina with his own life if necessary, but protecting her means staying close to her and that proves dangerous. Aside from the Coteri being unknown to the human race, they have enemies, namely a former Coteri , Valencia and her demented son Luca, who belong to the Valta, the nemesis of the Coteri who's ultimate goal is to rule over humanity, not co-exist with it as the Coteri do.

Regardless of Coteri law forbidding a shifter to fraternize with humans, Mathias is so drawn to Mina he cannot help himself and one kiss has him ignite a fire deep inside She in turn is completely taken with him before she finds out about the Coteri and being a half breed herself. Mathias struggles with the budding relationship, knowing that his King would probably kill him for touching his daughter. Ultimately what the pair feel for each other creates fireworks and trouble taking the reader on a roller coaster ride of emotion. When Mina discovers the mystery of her birth she is confused and shaken. Will Mina comes to terms with the fact other races exist and she belongs to one? Will  the dominant Mathias succeed in his quest to shelter Mina from the danger that is very much on her tail? Once again.. you're going to have to read to find out.

I loved INFINITE BETRAYAL! The creation of this shifter race by Gayle Donnelly and Robyn Mackenzie has shaken things up. I find myself imagining all the awesome tales to come from these amazing shifters. You feel the passion that Matthias and Mina have for each other, you become part of their world. The secondary characters only add to the drama with hunky shifters Talon and Tre, who pick on each other adding a bit of laughter  and the super intelligent Isla who holds the Coteri history and knowledge dear. This story runs the gamut of emotions with the passion and desire to horror and disdain. I cannot wait for the second installment of this series hoping there are plans for several more! I highly recommend INFINITE BETRAYAL to all, it does not disappoint!

Gayle Donnelly & Robyn Mackenzie on the web: http://www.donnellymackenzie.com/
Posted by Kimberly Rocha at 3:00 AM