The Perfect Score by Beth Williamson 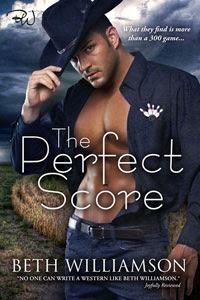 In the Perfect Score, we have a group of friends who are members of a local bowling league in a small town called Espejo in Texas. As luck would have it, Espejo is hosting a  The Perfect Score Tournament and these three friends, Babs, Veronica and Marlene decide to compete. Bowling was what they had in mind, but what happens with these three friends is much more personal, and life altering.

The Perfect Score is one of those feel good reads. Ordinary people living their ordinary lives, secretly hoping for their chance at love. Beth Williamson is a master at involving the reader with the characters. As we sit on the sidelines and root these three ladies to live their lives to the fullest and take the chances that can ultimately give them what they need. I enjoyed The Perfect Score by Beth Williamson. Beth knows how to get to the heart of the story and I love how she gets the reader  there. Not only do these three novellas have heart, but they are extremely sexy, delving into the bedrooms of these three ladies where we get an up close peek into the intimacy shared with their significant others. Definitely not for the faint of heart, The Perfect Score will make you want to run out and join a bowling league!

One Night Stand
Babs Loomis is a bitter woman. Her husband left her after five years because they couldn’t have children and he didn’t want a woman that was barren. She is a chain smoker, and a drinker, intent on getting as much pleasure as she can out of life. She bowls for company – Veronica and Marlene are her closest friends. When she runs into Jimmy Tanaka at the tournament, a former friend of her ex-husband’s, her bitterness turns into something completely different and totally unexpected.
Can Babs overcome her own ghosts and find more than a one night stand?

Widow’s Weeds
Veronica Avery needs to get laid. It’s been five years since her husband died in a car accident and she’s lonely and tired of trying to meet men that end up with a big “L” on their forehead. When she joins The Perfect Score bowling tournament, her modest hopes are pinned on meeting a man she might feel comfortable going to bed with.
She’s not expecting to meet Patrice Goldman, a woman that inspires feelings of passion and longing in her cobwebby heart. Afraid and confused, Veronica tries to deny her growing feelings for the auburn haired woman, but fate has other things in mind for the woman in black. It’s time to shed her widow’s weeds and live again.

Marlene’s Man
Marlene is a big girl and has always been a big girl, but she’s a kick-ass bowler, determined to finally hit that 300 game. The Perfect Score tournament at the Starlite Bowling Alley is her chance to show the world that she’s worth something more than just a quick lay.
When she meets Buck Miller at the tournament, she falls instantly in lust. When their fabulous sex turns into a relationship, Marlene runs like a scared rabbit. Will Buck give up his goal of a perfect game to convince the woman of his dreams that he loves her? Or will Marlene’s stubbornness ruin her chances at a 300 game and a man of her own?

As she stood and focused on her mark, she heard someone clear their throat behind her.
“Ah, you’re missing a pin there, sweet cheeks.”
Marlene saw red. Terry just couldn’t let up, could he?
“Listen asshole…” She began as she turned around to tell him to stick it up his ass. The words froze in her throat. Standing at the end of the lane was the most gorgeous man she’d ever seen in her life.
He was big, no check that, he was huge. At least six and a half feet tall, with curly light brown hair, and a well used cowboy hat on his head. His shoulders seemed to fill her vision as they stretched out a black cotton t-shirt until the seams looked like they’d bust. His jeans were sinfully tight across a nicely bulging package.
Holy ever-loving Christ.
His eyebrows rose as his gaze traveled up and down her body. She broke out in goosebumps when he lingered on her overly large boobs. Her pussy felt plump and warm in her jeans and hot damn, she was getting damp panties just looking at him.
“I’m sorry; I thought you were someone else.” Marlene knew that sounded lame since she’d just called him an asshole, but it was the best her paralyzed tongue could come up with.
“Gotcha. Somebody been bugging you?” He stepped down into the seating area and Marlene felt her nipples twitch.
“Just… an old friend I guess you could call him. He was just trying to get my goat, ya know. Um, is there something I can help you with? I mean, do you need help?”
Oh, hell, she should just leave the building and stop making a fool of herself. He smiled and those pearly whites just about blinded her. Who the hell was he?
“You can help me if you’re Marlene McComb.”
“Me? You’re looking for me?”
Not. Possible. Just not possible. Why would this Greek God be looking for her? He needed someone to polish his scepter?
“If you’re Marlene, then I’m your partner for the tournament. Name’s Buck Miller.”
Marlene wasn’t a religious woman, but when he announced that he was her partner, she could swear she heard angels singing up on high. He was her partner. Her partner. Well, halle-fucking-lujah!
“Oh, right. In the mixed doubles. Yep, I’m Marlene. Nice to meet you.”
She wanted to snort at her own inane comments. Nice to meet him. All she could think about was his name. Buck. Nice that it rhymed with fuck, because that’s all she could think about. He was big enough to ride. Big enough for her.
As Marlene stepped forward to shake his hand, the air around her seemed to crackle. When their hands met, the jolt that went through her had nothing to do with static electricity and everything to do with pure chemistry. Buck’s smile got wider. He felt it too.
“Would you like to practice with me?”
Would you like to jump in the sack with me?
Marlene couldn’t contain her wayward thoughts. He was just so damn… hot and sexy. She was totally in lust. It wasn’t the first time, but it was the most powerful. Holy cow. She could hardly form a coherent thought in the glare of those pearly whites.
“Sure thing. Let me go get my stuff outta my truck.”
He turned to walk out and Marlene’s knees went weak. That ass. His ass was absolutely perfect. Round, tight, and the perfect size to caress and squeeze. And bite. She sat down heavily in the scoring chair and tried to calm her racing heart before Buck came back. She didn’t want to look like an idiot, and no doubt, her pale complexion was as red as a tomato right about then.
“Marlene, you okay?”
Marlene turned and looked at her friend Jesse, the owner of the Starlite Lanes. He was a fifty-something bachelor with steel gray hair, a sweet disposition, and the largest collection of Hawaiian shirts in the state of Texas.
“Yeah, I’m fine.”
“You look like you’re about to pass out, honey. Do you need something from the snack bar?” He looked so concerned, she felt guilty. After all, she was flushed because she was horny, which he would never suspect of course.
“Maybe an ice water, Jesse. That’d be peachy.”
He nodded and went off to the snack bar to get her the water. Marlene smacked her forehead with one hand and tried to think of icky things to calm herself down. Math class, old ladies with saggy boobs, toe cheese, rat droppings.
“Lee?”
Marlene’s head snapped up at Buck’s voice.
“Huh?”
“I’m sorry. I’m one of those fellas who likes to shorten names. If it’s okay, I thought I’d call you Lee instead of Marlene.”
Oh hell. He did it again. She could feel the heat creeping back into her cheeks. No one had ever given her a nickname that didn’t suck. Until now.
“That’s sweet of you. Sure, you can call me Lee.”
“Perfect. Can I warm up before we bowl?”
Marlene simply stared at him as he set his bowling bag down and leaned over to unzip it. That ass was going to send her into a coma if she kept looking at it. Warm up? Hell, if she got any warmer, she’d catch on fire.
“Sure. Let me reset the scores and we can bowl on both lanes.” She managed to squeeze out.
While she busied herself trying to remember what buttons to push to clear the scores, Buck took out his bowling balls and shoes. She peeked at his feet. He had biiiiig feet, really big feet. Didn’t that mean he had big… other body parts? Just the thought sent shivers down her spine. 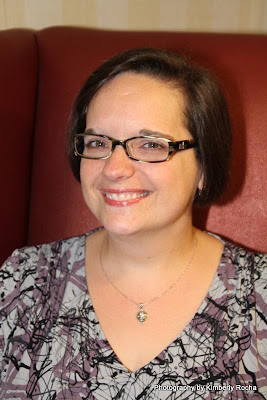 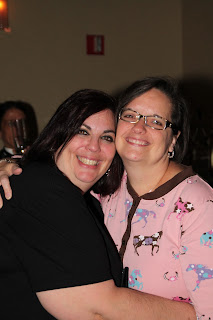 Posted by Kimberly Rocha at 3:39 PM