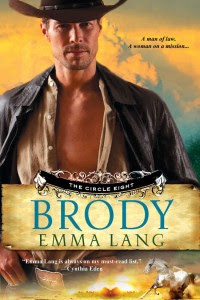 Hi Len!!! Thanks for being with Book Obsessed Chicks!  I really appreciate the interview. As you know, Beth Williamson/ Emma Lang’s  book Brody is releasing on June 26th. You are the cover for Brody and now every fan of the author identifies YOU with the character of Brody Armstrong, who is a broody former Texas Ranger 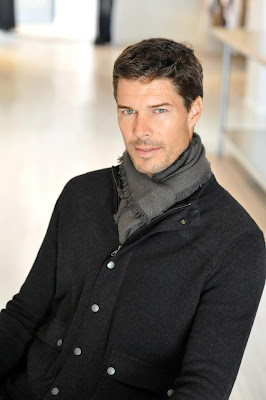 - Its fun to pretend to be someone else, go into character mode.  What I like best about being identified with the character in the book is that everyone formulates their own image of that character.  It's a great world of make believe
2.Tell us a bit about yourself.
- By day, I own/run an irrigation business at home.  I'm getting sweaty and dirty digging holes and solving problems for my customers.  I treat my customers with the utmost respect, which is how I expect to be treated.  By night, I am the complete opposite, as I am usually modeling high end clothes or attending parties with the upper echelon; rubbing elbows with the who's who.  It's kind of like being Clark Kent/Superman

3.When and how did you get into modeling?
- I started modeling about six years ago; I was approached by my now "mother agent" at the gym, where he asked if I had ever thought about modeling.  I snickered and said, "yeah, when I was like 18".  He encouraged me to give it a try; little did he know that anything I decide to do, I jump in headfirst.  I'm very competitive and want to be the best at everything I do.

4. How did the book cover modeling begin?
- Book cover modeling only began recently as, after being asked three years in a row to attend the Mr. Romance competition at the RT Convention, it just felt right to do it in 2011.  So I signed up and to my surprise, I won not only the contest but was voted the fan favorite as well

5. Do you have a favorite of your covers?
- My favorite so far is Honor by Janet Dailey.  I just think the picture really shows the true me.  You can read right into the picture about how simple I really am; I don't hide anything or put on an act.

6. What hobbies do you have?
- I like to golf and travel to new destinations.  I really enjoy engorging myself with new cultures.

7. Do you have any mentors?
- I don't really have a specific mentor, but my oldest brother has always been a source of inspiration as he had to, at a young age, take on a "dad" like role for me.  He still to this day has that quality.

8 .Have you read any of the books that you have been on the cover of?
- I have not had the opportunity to read any of the books that I am on (not that there are many.... yet!).  Not by choice, but rather that I have been extremely busy lately.  I plan on reading through them in the neear future so I can see how my image relates to the character in the book.  It'll be fun to see the resemblance

9.What are the pros and cons of this business for you?
- I enjoy the opportunities to see new places and people.  It's a fantastic experience each and every time I have a shoot or attend an event where so many people find me to be the point of interest.  It's intriguing as it is so different from my day to day life.

10. (Beth Williamson’s question)  Do you enjoy the costumes for the covers? Especially the cowboy covers?
- I love wearing the different costumes.  I like to take on a persona for the type of outfit that I am wearing and really make the most out of it. 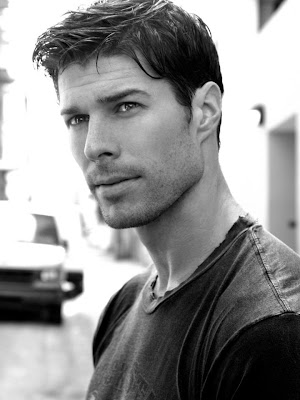 Thank you so much Len….
(((HUGS)))
~KIMBERLY~
Len Gunn on Facebook:  http://www.facebook.com/LenGunnModel
Len Gunn on Twitter: https://twitter.com/#!/LenGunnModel
Posted by Kimberly Rocha at 8:30 PM