IF HE'S DARING ( The Wherlockes #6) by HANNAH HOWELL 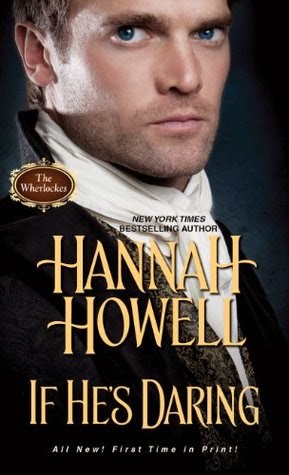 Since meeting Sir Orion Wherlocke in the previous books in the Wherlockes series, I have been fascinated with him and his imposing persona. After finally reading  Orion's story in IF HE'S DARING by Hannah Howell, I am left with a sense of peace at not having to worry about this man anymore and if he would ever get his HEA.

Since discovering he has yet another son, Sir Orion Wherlocke is resigned to taking a more active roll in the raising of his offspring. When suddenly, his youngest, Giles has been apparently kidnapped when the carriage he was in was commandeered by a desperate lady, Orion springs into action to regain his son.

The widowed Lady Catrin Gryffin de Warrene is frantic to save her son, who has just been abducted by his own uncle, who plans to thwart the heir from gaining his title be any nefarious means necessary. Frantic, Lady Catrin steals a carriage, leaving her name with the butler, assuring the butler she will return the carriage or it will be replaced. During her pursuit of her brother-in-law's carriage, she soon realizes she is not alone. When she finds Giles Wherlocke in the carriage, and who his father is, Catrin is sure there will be retribution, but she must find her son. The street-smart young Giles is in no way worried by this abduction, and in fact begins to help Lady Catrin.

Once Orion catches up to Catrin and his son, Orion see that there is so much more going on with this protective mother, and her son is not an ordinary young boy, for he has the gift of being able to communicate with the dead. Orion feels the boy, and even his pretty mother, must be related in some way to either branch of the Wherlocke/Vaughn bloodlines, and if that's the case, the boy must be protected. The more her learns about Lady Catrin, the more he is bewitched by her and the thoughts of no longer leading a solitary life appeal to him.

Catrin has never come across a force such as Orion Wherlocke , but she welcomes his help and his attentions. Both Catrin and Orion know that their lives are forever changed by their meeting, now they must join forces to go up against the truly evil Morris de Warrene if they have any hope of leading a normal lives again.

IF HE'S DARING by Hannah Howell is a great addition to the Wherlockes series. The saga of the Wherlocke/Vaughn clan never gets old and each story is in fact a revelation. Orion has always been a strong character, but here we see another side of him, the soft and caring side that falls hard for Catrin. The Lady Catrin may have been married and given birth to a son, she is amazingly innocent and that innocence is what ultimately sparks the romance between she and Orion.. Watching this wonderful and protective mother come into her own is a great part of this tale. Orion's putting himslef out there to Catrin and her son, as well as becoming closer to his own sons is icing on the cake in IF HE'S DARING by Hannah Howell. A pleasure to read, as usual. 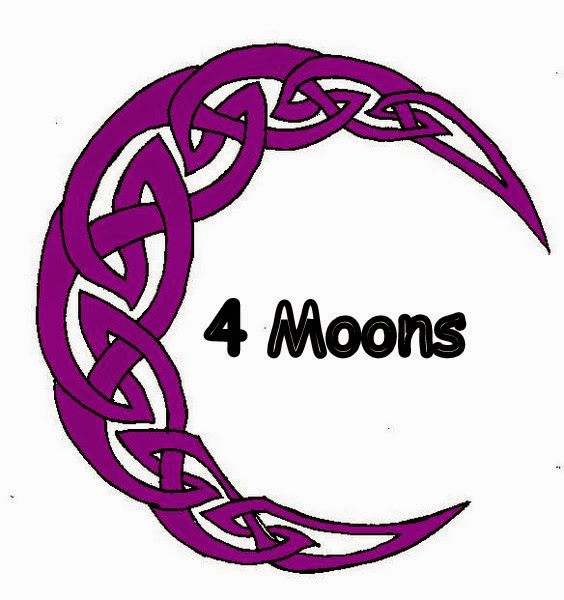 Posted by Kimberly Rocha at 1:01 PM