I’m reviewing the first three (count ‘em…one…two…three) books in the Ravens of War series, AND the super awesome author (Elle Boon) has agreed to an interview (which is posted beneath the reviews).

There will be links at the bottom for the different retailers/places to find the books. :)

Quick synopsis of the series:
The author of this erotic ménage series is the super lovely Elle Boon, whose website and Facebook you should check out; she also has a Twitter account that you should follow (@ElleBoon1).
So, the Ravens of War series is about a group of Elite warriors created by Zeus to help fight their battles.  When the Ravens were no longer needed, Zeus sent them to Earth in the hope that the warriors would find true happiness.
Each installment of the series focuses on a different duo of Ravens (oh yea…by the way, this is a ménage series!) and their Fated, the one woman in the world who could bring them true happiness and a sense of completion. 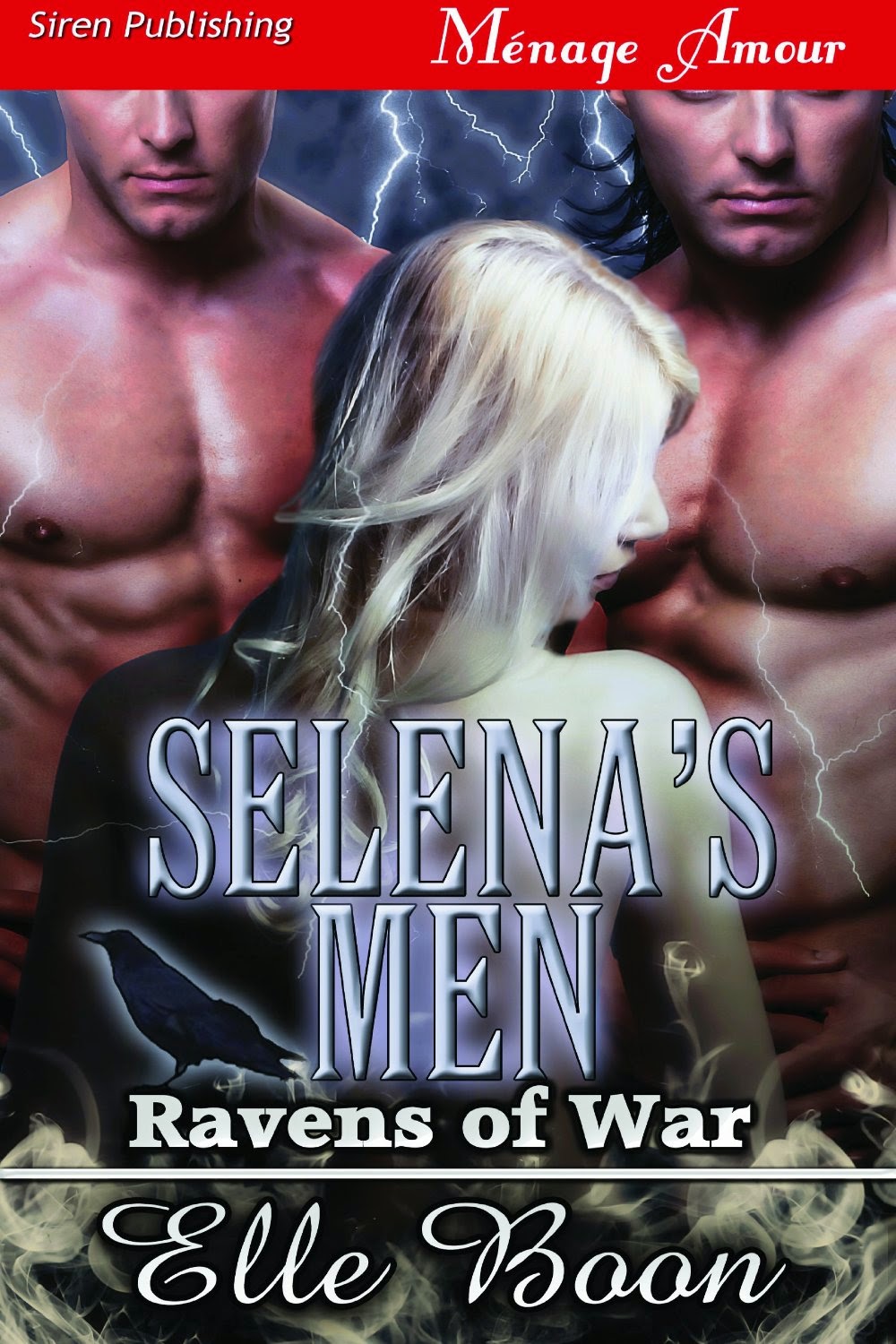 Book Blurb (from the Selena’s Men Amazon Page):
Max and Malcolm King had been part of an Elite group of twelve men created by Zeus, called the Ravens of War. When they were no longer needed they were sent to Earth in hopes they'd find happiness. After hundreds of years, they'd given up hope of finding their Fated, until they met Selena Ramos. But the Gods aren't done with them. Zeus needs them to find his lost daughter and time is running out for all of them.
As the three lovers are consumed with passion, they find themselves thrust in a fight for their lives. Cronus the dethroned King of the Gods has found the missing Goddess and plans to use her as the ultimate weapon for revenge. He'll use her to regain the throne on Mount Olympus, killing his son Zeus at the same time. Max and Malcolm are willing to do anything, even share Selena, but they will die before they give her up. ** A Siren Erotic Romance

Review:
I finished this book in less than two days; it’s paced very quickly but there’s never a dull moment and the action doesn’t let up (a very good thing).   I almost had a hard time believing how quickly Selena fell for Max and Malcolm, but the way they cared for her and would do anything to protect her (not to mention pleasure her), it became easy to see how quickly a girl could fall for these two hot warriors.  The sex is hot and I really couldn’t put this book down. I couldn’t wait for the next one!

Speaking of the next one…

Two for Tamara, by Elle Boon 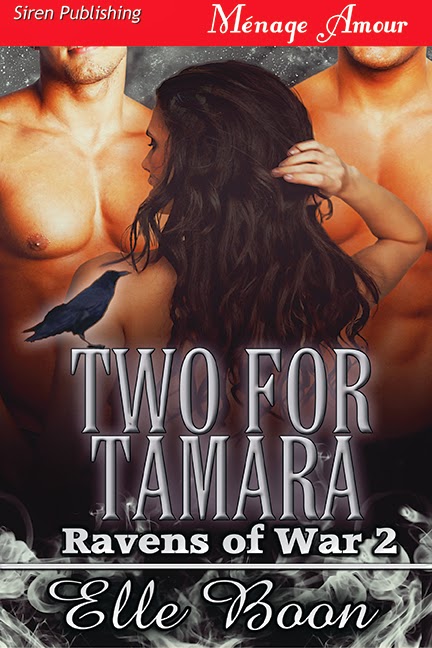 Book Blurb (from the Two for Tamara Amazon Page):
Rafe Blackstone and Vin Thorn had been best friends for thousands of years. They were part of an elite group called the Ravens of War, and were made up of twelve men created by Zeus. When they were no longer needed on Olympus, they'd been sent to Earth to find happiness, and hopefully their Fated.
For Tamara Mejia, she'd given up finding that one man meant just for her. Having the ability to see the future ran in her family. So when she saw her own death, she set out to enjoy what she had left. That didn't include two larger than life men who claimed she was their one. Cronus pulled Tamara to Hell, and planned to use her as leverage to get his granddaughter, Selena, who's Tamara's best friend, to bargain for her life. Rafe, Vin and all the Ravens need the help of the gods and goddesses from Olympus to save not only Tamara, but Earth itself.

Review:
This story is fast paced, hot, and fun.  Tamara is a kickass heroine with a quick wit and a passionate love for her two men.  Vin and Rafe are strong heroes who would go to Hell and back (literally) to save the woman they love.   There are some wickedly fun characters introduced in this book that I hope will make future appearances!
I adore all three of these characters; I live for strong female characters and Tamara is nothing if not strong.  Vin and Rafe endeared themselves to me when they were awed by and fell in love with Tamara’s inner strength.  There’s nothing sexier than a man who loves a strong woman…except when there are two men who love a strong woman.
And onto #3… 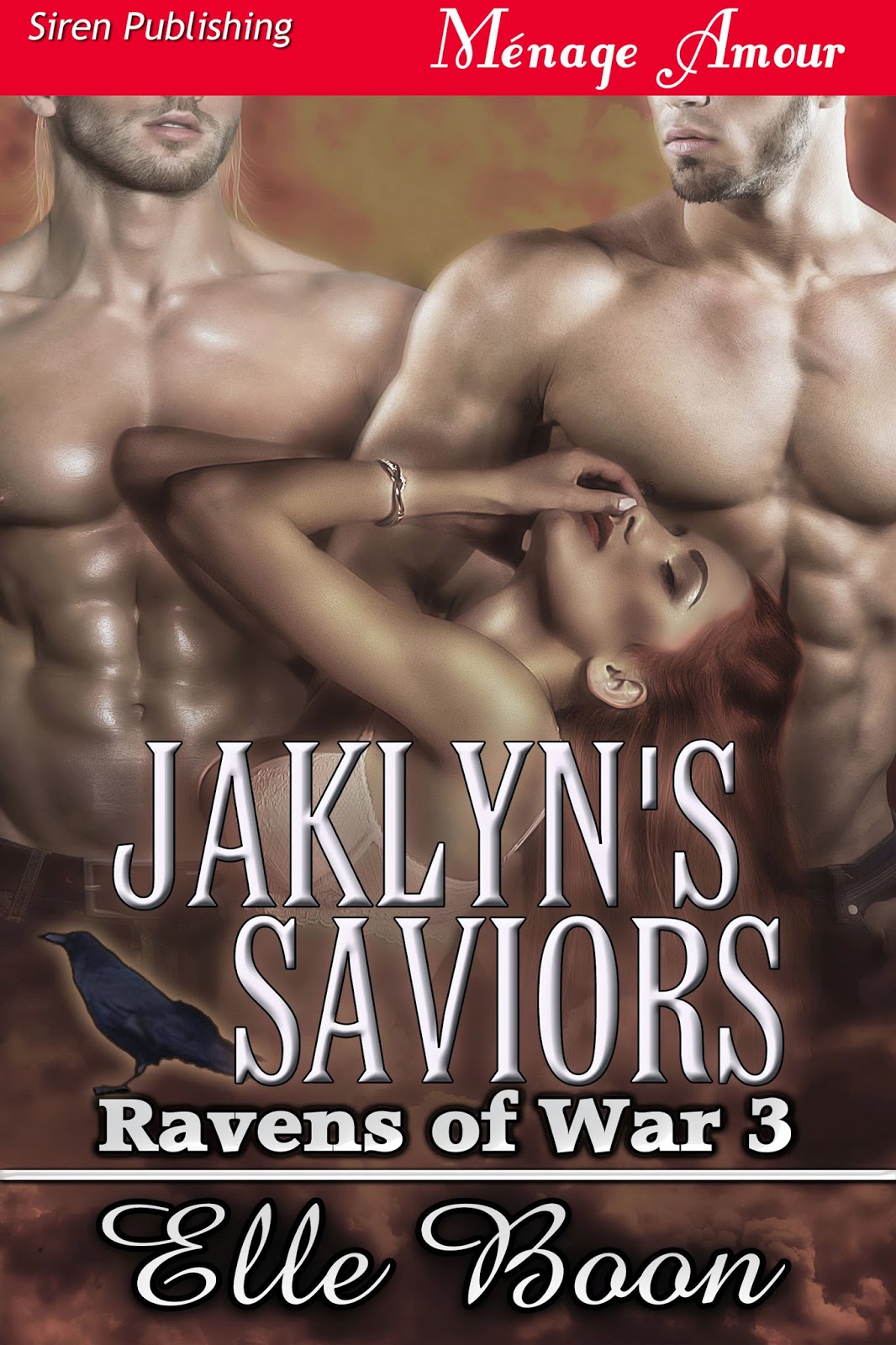 Book Blurb (from the Jaklyn’s Saviors Amazon Page):
Jaklyn Marx learned at a young age what pain was at the hands of her father. For seventeen years she'd lived with the physical scars, and the knowledge that she was a latent wolf. When she meets two men who claimed she was meant to be theirs, she ran. Gray and Colt had been searching for their Fated for thousands of years. When she ran they were prepared to do anything to find her and keep her, even call on a goddess for help.
Just when the trio finds happiness a demon from their past threatens to destroy them. Jaklyn refuses to allow her father to take anything else, especially her newfound love for the two men who save her past, present, and future. They will need more than just love to defeat Seamus and his tainted pack. They'll need the help of all the Ravens and a god or two in order to destroy something Cronus created.

Review:
Jaklyn’s story caught me off-guard, I’m not going to lie.  I was not expecting the story of Jaklyn’s father, or her mother, and…let’s just say it moved to me to tears near the end.  Colt and Gray were hot and sexy and tender and…well, down right yummy.
This book introduces werewolves into the world of the Ravens, and I really loved reading the way Colt and Gray struggle with adjusting to some wolfy-changes.  Not to mention Jaklyn’s best friends, and werewolves, Abe and Link, who love Jaklyn like a sister and are an incredibly goofy duo; I immediately fell in love with them.
I will admit that some of my favorite moments from this book were all of the nerdy/geeky references.  (::insert eye squint here::) I see you, Elle.  Keep it up, lady!
Okay...so far, the first three Ravens of War books get 4/5 stars from me.  I will admit that these were my first erotic romance novels, as well as my first ménage novels.  My decision to read these books has been making me happier and happier.  They keep me up nights…which is a testament to the story (and the “amazeballs” sex scenes – to quote Abe and Link). 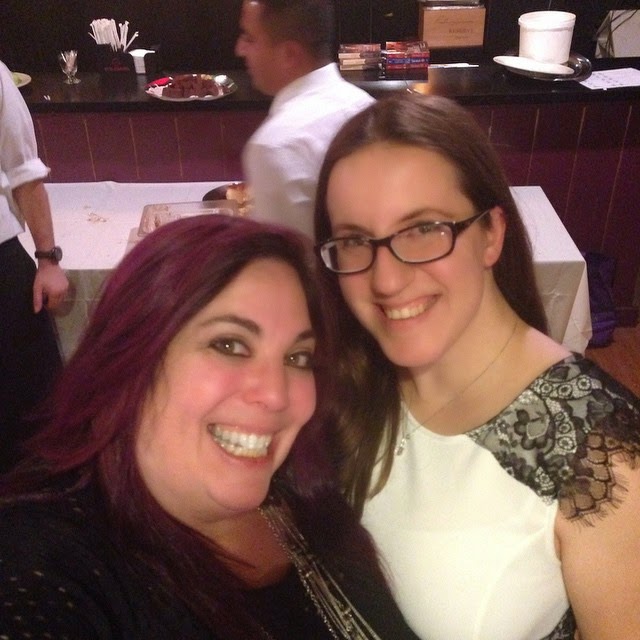 YOU CAN FIND VOULE WALKER'S REVIEWS ON
V.WALKERS VIEWS AND (REVIEWS)
Voule Walker is a very talented member of the Book Obsessed Chicks Book Club. She is a Beta reader, author assistant and just all around extraordinary.
Posted by Kimberly Rocha at 12:00 AM