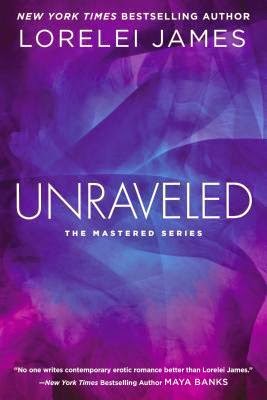 The minute Shiori "She-Cat" Hirano appeared in Bound I was drawn to her character and so I was thrilled to find out that Unraveled would be her and Knox Lofgren's story.  I knew it would be different, I knew it would be unlike anything she's ever written, and I knew I was in for a treat and author Lorelei James did not disappoint.  I loved this story about two people who needed each other in ways neither one had ever admitted or put words to but somehow through trial and error found the strength to follow their passion and listen to their hearts and in turn accept each other faults, baggage, and craziness to find the love and happiness they both so richly deserved.

The fact that never once during this book despite what the characters were telling each other, despite their issues, despite some serious missteps by both character did I never doubt they would wind up together is a testament to how much I believed these two were destined to be together.  I love when couples share verbal sparring, maybe because it hits home with me, and Shiori and Knox are masters at it which thrilled me to no end.  For them it turned out to be a weird sort of foreplay that brought them to a different place and made them confront the feelings they shared.  I admire Shiori's toughness, her attitude, and the way she was honest with Knox about her wants, needs, and what he could expect if they were together intimately.  She didn't back down, she didn't offer to change, and she was very clear that she was not in it for the long haul, that she planned to return to Japan at some point.  There is nothing sexier than a man who is willing to do whatever it takes to please the woman he's with and Knox is that man andmore.  He is tough, he is protective of those he cares about, and he is dedicated.  I enjoyed they way Shiori introduced Knox to his submissive side, I love that she showed him that being submissive did not mean being weak or less of a man and that in submitting to her he was taking care of her every need something he not only wanted to do but NEEDED to do.  Yes, Knox struggled as I think a lot of men do with submission, but the fact that he began to realize that he really wasn't doing anything all that differently; that it was his pleasure to make sure his woman got everything she wanted and needed really made him understand what submission was all about.  What was interesting was watching Shiori's realization that she needed more than just Knox's submission; that she craved the times they were together outside of the D/s relationship and that she in fact needed those intimate, non D/s, not sexual times with him.

As always in a book by Lorelei James, the intimate moments between these two were off the charts sexy with some very well written instances of delayed gratification, bondage, and some light punishment/torture scenes all thrown in for good measure.  While this is a couple that enjoys their "kink" I didn't feel it overshadowed the book; yes they took some time to explore what it would mean to have this type of relationship together, yes there were times they questioned it, yes there were times they messed it all up but in the end this was the story of two people realizing that despite their need for their kink they needed each other's love more.

I must give a shout out to the secondary cast of characters in this book which all added so much to an already excellent story.  Deacon really stepped up to the plate multiple times during this book and I am even more fascinated by him than I was before and ring girl/Black & Blue promoter Katie really impressed me during this story and honestly I wasn't sure where was much hope for her in the previous book so that was a huge eye opener to me.  I'd like to say I made peace with Ronin in this book but honestly, I'm still on the fence about him; he's just one of those heroes that I don't trust fully although Amery moved up a couple of notches in my eyes.

I love when an author spreads her wings and tackles a new subject and then works hard to turn it into an amazing story and author Lorelei James had done just that in Unraveled.  As a woman who has a very dominate streak, I love how she portrayed the heroine as someone who while dominate is also vulnerable and also needs someone she can show her softer side to.  For me Unraveled is her best book in the Mastered series to date and one that I know I will enjoy re-reading again and again. 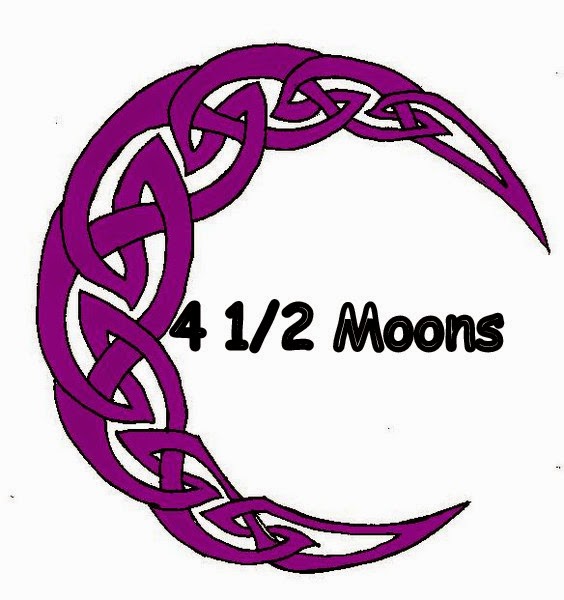