A Bride for Keeps by Melissa Jagears 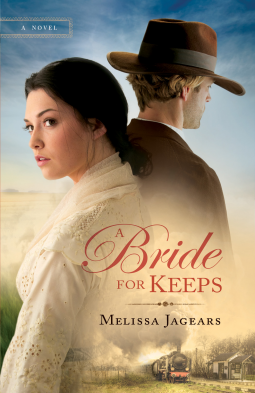 Everett Cline has been let down before in the marriage department. Each time he has sent for a mail order bride to come to Kansas she has either jilted him or passed away. A bit of bad luck? Due to these mishaps and tragedies, Everett has become a cynic. Even when Julia Lockwood comes form the East intending to be his bride, Everett is skeptical.

Julia Lockwood is running from a violent past. Almost married to a man of violence, Julia escapes with her sanity intact but the fear that she will be found out and the shame that she bears from the violence in her not so distant past. All she wants is a quiet and peaceful life, but the more time Everett spends around bride, the more he wants her, and if he can't have her, he will ignore her.

Having a marriage in name only becomes old after a while, especially when the unlikely pair watch those around them flourish in love and with their home lives. The journey Julia and Everett take to overcome their adversities is a gradual one since these two both have misconceptions that need to be addressed. Whether the outcome will be a sweet one remains to be seen, and only if you read Melissa Jagears, A Bride For Keeps.

I have read very few Inspirational romances, but I have to say that this one very well written and not too full of religion that the average reader would be put off. I found it to be an enjoyable read. Although it took quite a while for the realization to hit the pair, and the length of time it took for Julia and Everett to realize they were in love began to grate on me. I still enjoyed this story and I would most probably read another book written by Melissa Jagears as well. 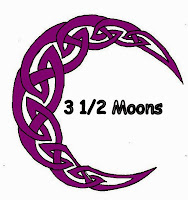