The Highlander's Dangerous Temptation ( The MacLerie Clan ) by Terri Brisbin Since a tragedy that happened in his youth, Laird Athdar MacCallum has  vowed never to wed after his heart breaking loss of two wives and a betrothed. How much can one man take? His life is bereft with mishaps and nightmares of a past he cannot remember. Still, he is a strong leader with a conscience and his people's trust is paramount to the leader.

Enter Isobel Ruriksdottir, beautiful, intelligent and innocent, but attracted to the mystery of Athdar MacCallum. Athdar takes notice of the beauty of Isobel but attempts to put aside his attraction to her due to the fact that her father Rurik is not a fan of his combined with black cloud that seems to hover over him and all that he loves. Isobel will have no part of that however. This lady is determined to get what she wants, even if it puts her in danger.

When Isobel sees the inner turmoil that her Athdar deals with, she must help him overcome his past so he can leave himself open to a brighter future even when outside forces exist that want Athdar's downfall still after so many years. When she realizes that it's not a black cloud that hovers, but a revenge in the flesh that wants his downfall, Isobel will do what she must to save her love.

Yet another great read by Terri Brisbin, The Highlander's Dangerous Temptation is a whirlwind of mystery and romance. Both Athdar and Isobel are such likable characters with so much emotion to share. This time it's the hero who is the stubborn one and the young Isobel who has the brains and the wherewithal to persevere. I truly enjoyed this book and always look forward to Terri Brisbin's Scotttish Historicals, which are always keepers on my romance shelves. 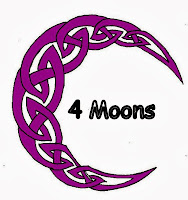