A LOOK AT ~ A COWBOY JUSTICE by MELISSA CUTLER ~ 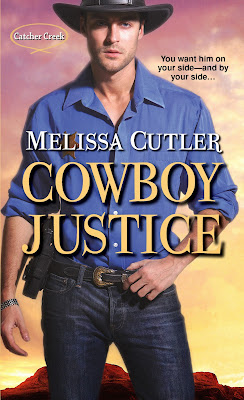 Melissa Cutler here, and I'm so excited to be on Book Obsessed today sharing a sexy excerpt from my latest contemporary romance, COWBOY JUSTICE.

COWBOY JUSTICE tells story of a rural county sheriff with the heart of a cowboy who has a tough row to hoe on the way to happily-ever-after with the cowgirl who’s stolen his heart (and has a thing for getting all tied up, if you know what I mean).

From the back cover:
She can't help but fall for the sexy sheriff—again...
Rachel Sorentino's first regret about shooting at the vandals targeting her property is that her aim wasn't better. Her second is that when bullets started flying, it was Sheriff Vaughn Cooper's number she dialed. Vaughn is the mistake she keeps on making, and no matter how inconvenient their attraction—for his career, her tangled case, and their already battered hearts—there's no denying what feels so irresistibly right...

A pile of tack sat on the ground next to where Rachel bent over the box. He followed her worn brown work boots up her legs to the supple curve of her backside, then higher, to the sliver of black panties showing above her jeans.

Before he even realized he was moving, he was behind her, his hand on her hip, testing the curve of her body beneath the denim. Rather than flinch away, she pressed that curve more firmly into his palm as she stood. He lifted her hat off and hung it on a nail within reach. She let him do it, so he took a chance and ran the tip of his tongue over her earlobe, then bit into the curl of flesh at the top until her body shuddered.

Her upper teeth pressed onto on her plump, rosy lower lip, a move that blinded him to all the reasons kissing her was wrong. He angled in, desperate for a taste of her.

With a breathy gasp, she jerked her face away and folded forward to rummage in the box, a move that presented her backside to him again. She was too smart to not be aware of what she was doing. The erection pressed against her thigh should've been enough to tell her his control was fraying. He cupped his hand over the firm flesh. Was she testing him? Making him prove his resolve to resist her? This was one test he'd have no qualms about failing at the moment.

She twisted up and looked over her shoulder at him, carnal awareness battling with self-control in her eyes as surely as it was battling in his mind. Then she handed him a halter combo and a leather rein.

Damn, the leather gave him impure thoughts. He tucked the halter under his arm and stretched the rein between his hands. Two seconds. That's all it would take for him to bind her wrists to the handle on the side of the box and stretch her across the top as tightly as strings on a guitar. Wouldn't be the first time he took a leather strap to her body. His blood throbbed beneath his skin, imagining all the ways he could bring her pleasure in that position.

He closed his eyes, his breath coming in starts and fits, gripping the rein hard enough that it cut into the fleshy part of his palms. "Tell me to get away from you. Tell me to leave you alone."

As he stood frozen, torn between ravenous need and his integrity, Rachel stood. Her hips shifted to stroke him in the cleft of her buttock. Her fingers found his jaw, and she scraped her nails over the stubble of his neck and chin. "And if I don't?"
*** 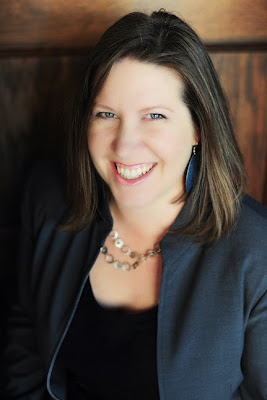 My thanks to Kimberly and Book Obsessed Chicks for hosting me today. I love hearing from readers and am really easy to find at www.melissacutler.net, on Facebook (www.facebook.com/MelissaCutlerBooks ), and Twitter (@m_cutler). And you can always email me at melissa@melissacutler.net or sign up for my newsletter (http://www.melissacutler.net/newsletter/ ) to find out about my latest books and upcoming events.

Bio: Melissa Cutler is a flip-flop wearing Southern California native living with her family in beautiful San Diego. In 2008, she decided to take her romance novel devotion to the next level by penning one herself. She now divides her time between her dual passions for writing sexy, small town contemporaries and edge-of-your-seat romantic suspense for Harlequin, Penguin, and Kensington Books. 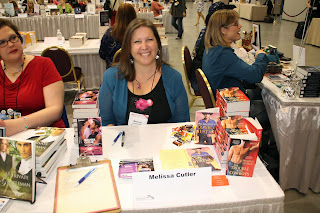 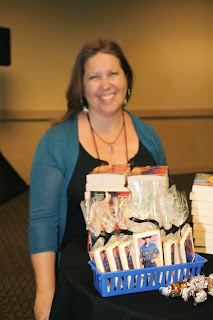 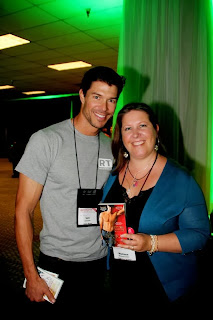