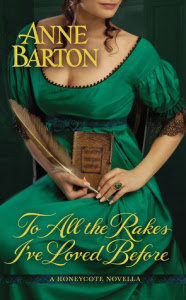 After being dumped by her beau two years prior, Amelia Wimple is disturbed to find her ex at her door one late night with a favor to ask of he.  When Lord Samuel Verrington appears apologetically on her doorstep in the middle of the night, the butler attempts to refrain from allowing him entrance in protection of Amelia's sensitivities, but when she is asked to harbor the rake Lord Stephen Brookes, who had just been beaten and left for dead, Amelia is intrigued and jumps into action. Amelia decides to secretly nurse Lord Brookes back to health and to Hell with propriety.

Aside from being a handsome rogue, Lord Brookes has issues. Of course!  The rake is no less than a gambler, and boy did he lose big, enough to warrant broken ribs. From the moment Amelia begins to care for Stephen, he mind wanders to the inappropriate. Things begin to heat up as Stephen  regains his strength and Amelia finds she wants to be ravished by a  rogue. Soon, Stephen realizes that there was so much more than met the eye when he previously knew Miss Amelia Wimple and would like to take the chance at making her his own. Can a rake like Lord Stephen Brookes convince Miss Amelia Wimple that he is reformed and ready to live on the straight and narrow? Well the very least be on the straight and narrow publicly, while in private they heat up the sheets.

What a great read! To All The Rakes I've Loved Before by Anne Barton is a perfectly paced love story wrapped up into one convenient little package of a novella. This story grabs your attention and doesn't let go. Anne Barton is such a great writer. I am looking forward to reading much from this very talented lady. 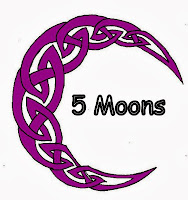