Guest Reviewers: Jackie Ferrell & Pat Sheppard ~ SPIRIT ME AWAY by PATRICIA A. RASEY ~ 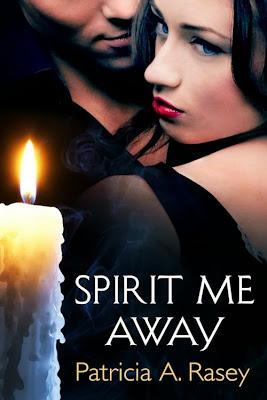 Luke Braden was having the best sex of his life one moment, and the next he's stuck in his apartment as a...ghost. No one to talk with, no one that can see him. That is until Holly stumbles into his life, or there lack of. Things are about to get way more interesting.

Holly Andrews is excited to get her first place, to move beyond the walls of her parent's house and set out on her own. Nothing can dampen the spirit though, like finding out the place is haunted. And if that isn't bad enough, the hot and sexy ghost has one thing on his mind...seduction.


Luke Braden has just realized that he is a ghost. He died while having sex in his condo and has been stuck there, unable to leave.
Six months have passed and Holly Andrews has moved into the condo. She has decided she wants to start a new life that doesn't involve a man. Especially after finding her boyfriend of two years Derek having sex with another co-worker of theirs in his office.
Holly starts unpacking her things and Luke starts talking to her. Not only can she hear him, but she can also see and feel him and Luke can read her thoughts. Through a series of events Luke and Holly find that they become attracted to and have feelings for each other.  There are periods of time that Luke vanishes, Holly is alone and she starts to miss him. There is definitely a romance brewing between the two of them and they both wish that he was a flesh and blood man.


I loved this story, especially the ending.  It might be considered a novella but is a complete and beautiful story with a ghost who saves the day. 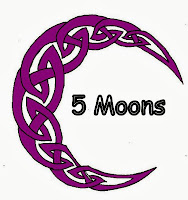 A Ghost of a Chance

One minute you are here and the next you are a ghost.  That is what happened to Luke Braden.  Luke was having the best sex of his life when his ticker gave out.  Besides dying, he was now a prisoner in his condo as a ghost.  No emotions, no one to talk to and no sex.  Until someone was brave enough to purchase his condo and move in.  Holly was tired of living in a noisy household.  So with a new position and a raise to boot, she purchased a condo.  She got it for a steal because a guy had died there and the price was just right.  Solitude, finally she can be alone.  Yeah right!  Several hours after moving in Holly meets her unexpected, not paying half the rent, and all to sexy ghost of a roommate, Luke.  Luke is shocked that Holly can see and hear him.  After introductions and Holly gaining back her sanity, they venture into finding a way to get Luke on his way to whichever direction he needs to go.  Experiments with touching becomes their most favorite game.  Who knew that a ghost could give you a mind blowing orgasm.  But how do you sustain a relationship with a ghost.  I'll tell you how, read the book and find out.  I did and I was most pleased.

Spirit Me Away by Patricia Rasey
I gave this novella four stars because I felt I was missing something about the character Luke.  We know he lived, died of heart attack and was a sex addict.  But what kind of person was he? 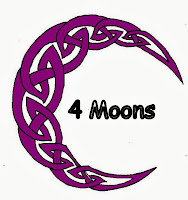