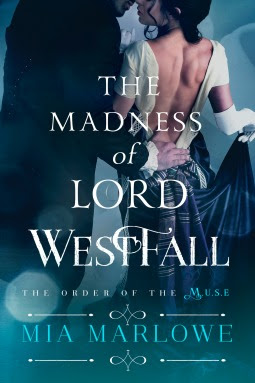 After his family has him committed to a mental institution for his hearing voices, hence deemed "mad", Pierce Langdon, Viscount Westfall has been placed into the custody of  the Duke of Camden. Edward St. James, the Duke of Camden is the founder of the Order of the M.U.S.E. an organization which protects and mentors people with extraordinary gifts, and Pierce Langdon is definitely extraordinary with  his ability to hear the thoughts of those around him. The duke is attempting to teach Pierce to filter those thoughts so he will be able to g out into public and feel normal.

Lady Nora Claremont has had her share of hard knocks in her young life. Married and widowed, the disinherited Nora now lives her life as a renowned courtesan, but she is not all she seems. When Nora meets the baffling Pierce, she is not only confounded by his demeanor, but she is more than curious about who he is. Nora has consigned herself to a life which includes freedom, but also one of loneliness. Her attraction to Pierce is not only a distraction, but one which could lead to more heartache if she isn't careful. Nora is a conundrum that Pierce would like to solve, but he also has secrets that if are revealed, could have him back at Bedlam.

THE MADNESS OF LORD WESTFALL by Mia Marlowe is the second in The Order Of The M.U.S.E. series and sadly I did not red the first before I began this one. I did however go back and grab the first one because THE MADNESS OF LORD WESTFALL was an intriguing and well written book. I had no idea when I began this that it was a paranormal Regency, but I was pleasantly surprised and enjoyed the story thoroughly. The characters are interesting and engaging. The story, fast paced and fascinating. I am looking forward to the next installment and now have Ms. Marlowe on my auto-buy list. 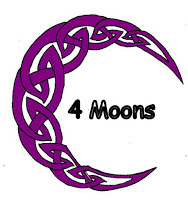