Welcome! Today at Book Obsessed Chicks, we have a cover reveal for a book belonging to a very good local friend of mine. Ruth Vincent has written her debut novel, Elixir: A Changeling P.I. Novel and it will be coming your way on May 3. I hope you enjoy the cover! 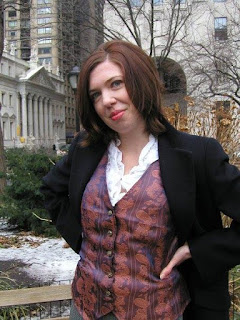