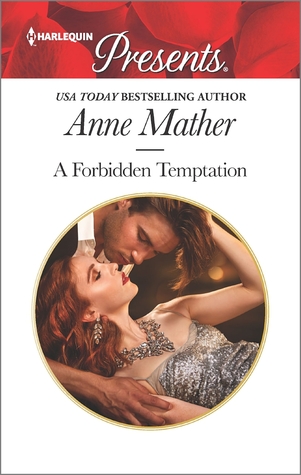 An unwanted desire… With the death of his wife still raw, Jack Connolly's mood is dark and dangerous. He's not looking for a woman, until he meets buttoned-up but beautiful Grace Spencer, who stirs his senses back to life. Yet Jack cannot act on his feelings, as Grace belongs to another!  An impossible affair… Trapped in a fake relationship to safeguard her family, Grace knows crossing the line with Jack would risk everything she holds dear. Beneath the hunger she sees in Jack's eyes is the promise of something more…but is it enough for her to surrender to a taste of the forbidden?

What’s your favorite love story? Fiction or non-fiction.
I have dozens of favourite love stories, but GREEN DARKNESS and KATHERINE by Anya Seton are high on my list.

Is anything in A Forbidden Temptation based on real life experiences or purely all imagination?
No, A FORBIDDEN TEMPTATION is not based on any real life experiences, but I can say that the Northumbrian Coast is one of the most beautiful coastlines in the UK and incidentally, I do believe in ghosts.

You get a brilliant phrase/idea/thought at an inappropriate time (while driving, drifting off to sleep/in the shower). What do you do?
I always make a note of any ideas I have, and in consequence I have a notebook full of them!

What’s your favorite line from any movie?
I love the film, DIRTY DANCING, and there are many lines from that script I could nominate, not least the most famous 'nobody puts Baby in the corner.'

If you were to create a slogan for your life, what would it be?
The only slogan for life I believe is Charles Darwin's 'IT IS NOT THE STRONGEST OF THE SPECIES THAT SURVIVES, NOR THE MOST INTELLIGENT, BUT THE ONE MOST RESPONSIVE TO CHANGE'.

If you could live anywhere on this planet, and take everything that you love with you, where would you choose to live? Tell us about your choice.
I love where I live now, and although I enjoy travelling and seeing different places, I wouldn't choose to live anywhere else.

What was your favorite scene to write in A Forbidden Temptation? Why?
I think one of my favourite scenes was when Sean was confronted by Lisa's ghost.  I really wanted Sean to meet his match.

What did you find most useful in learning to write?  What was least useful or most destructive?
I don't remember having to learn to write.  I started scribbling in exercise books as soon as I could write and my stories grew as I did.  There's nothing destructive about writing.  It's the best job

What are you working on now? What is your next project?
I'm in the process of writing my next book for Harlequin Presents.   I'm also working on an ebook, SILENT ECHO,  that is coming out with Kindle later this year.

Posted by Kimberly Rocha at 1:00 PM